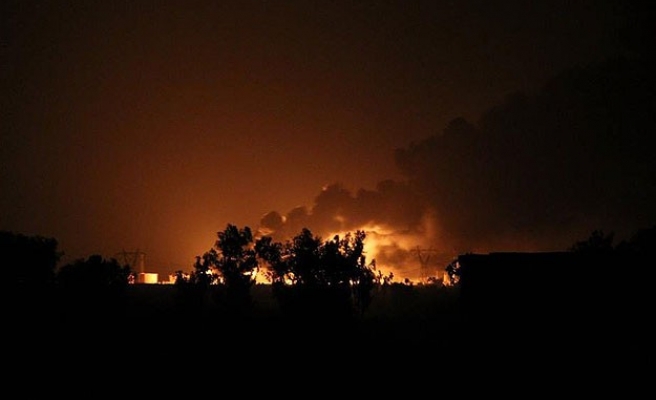 World Bulletin / News Desk
Israeli Defense Minister Moshe Ya'alon on Sunday refused to comment on reports that Israel had killed some members of the militant Lebanese movement Hezbollah during a strike in southern Syria earlier in the day.

Ya'alon told Israel Radio that Hezbollah had to clarify its practices in Syria if its claims about the killing of some its members in Syria proved to be true.

A former Israeli army general, meanwhile, alluded to his country's responsibility for the attack.

Yoav Galant told Channel 2 that the Israeli strike in southern Syria was strongly connected with Israel's snap election, which is scheduled to be held in March of this year.

Earlier on Sunday, Hezbollah said some of its members had been killed in southern Syria during an Israeli strike.

Hezbollah has sent troops to Syria to aid President Bashar al-Assad in his battles against his country's opposition.

In other news, Clashes erupted during the funeral of another Palestinian killed by Israel last week andd and dozens were injured late Sunday in clashes with Israeli police in the southern city of Rahat.

The clashes erupted during the funeral of Sami al-Aggar, a 22-year-old resident of Rahat who was killed by Israeli police on Wednesday.

Thousands of mourners had marched from the central Rahat mosque to the cemetery to lay Aggar to rest.

Activists called on Arab residents of the Negev and Arab towns in Israel to participate in the funeral procession.

On Friday, the city of Rahat saw a large demonstration that called for the Supreme Steering Committee of the Arabs of the Negev – the representative of Israeli Arabs – to protest the killing of Aggar.

Israel refers to Palestinians who remained in their homes and cities after the creation of Israel in 1948 as Israeli Arabs.

There are around 1.6 million Arabs in Israel, accounting for around 20 percent of Israel's population, according to official figures.