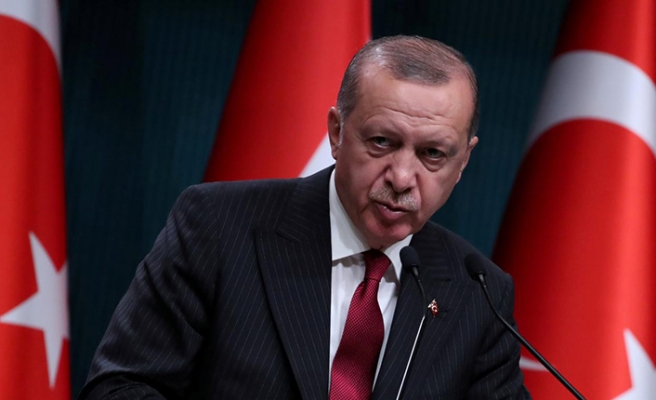 Turkey, Russia, Germany and France in a joint statement on Saturday called for a constitutional committee on Syria for free and fair elections in the war-torn nation.

The leaders “expressed their support for an inclusive, Syrian-led and Syrian-owned political process that is facilitated by the United Nations,” according to the statement.

They “called for establishing and early convening of the Constitutional Committee in Geneva by end of the year, to achieve constitutional reform, paving the way for free and fair elections under UN supervision and in compliance with the highest international standards of transparency and accountability, with all Syrians, including members of the diaspora”.

The leaders also expressed their firm conviction against any “military solution” to the ongoing conflict in Syria, underlining a resolution “only through a negotiated political process in line with UN Security Council Resolution 2254".

Welcoming the Turkey-Russia deal on the demilitarization of Idlib, they "praised the progress in terms of withdrawal of heavy weapons as well as radical groups from the demilitarized zone established pursuant to the memorandum”.

Turkey and Russia, guarantor countries of the Astana peace process and the Idlib demilitarized zone deal, along with two heavyweights in the European Union, Germany and France, also “reaffirmed their strong commitment to the sovereignty, independence, unity and territorial integrity of the Syrian Arab Republic, and to the purposes and principles of the Charter of the United Nations".

They emphasized “the importance of increased coordination among all international initiatives which aims at contributing to a credible and sustainable solution” to the Syrian crisis.

“The importance of implementing confidence-building measures to contribute to the viability of the political process and a lasting cease-fire” was also underlined in the joint statement.

The leaders stressed on the importance of a lasting cease-fire, underlining “the necessity to continue the fight against terrorism, through the full implementation of the effective measures”.

They reaffirmed determination to the fight against terrorism in Syria in order to ultimately eliminate the Daesh, Al-Nusra Front, Al Qaeda terror group, any other entity linked to them, and other terrorist groups as designated by the UN Security Council.

The four nations expressed the will to reject separatist agendas aimed at undermining the sovereignty and territorial integrity of Syria as well as the national security of neighboring countries, the statement read.

The leaders also “reaffirmed their strongest opposition to the use of chemical weapons by any party in Syria and called for strict compliance by all parties with the Convention on the Prohibition of the Development, Production, Stockpiling and Use of Chemical Weapons and on their Destruction”.

The statement underlined the need to ensure safe and unhindered access of aid groups throughout Syria and immediate humanitarian assistance for the Syrian people.

The leaders called on the international community, particularly the UN and its humanitarian agencies to increase their assistance to Syria.

Reaffirming the solidarity with the host countries, in particular Turkey, Lebanon and Jordan, the leaders “recalled that they remain committed to the safe and voluntary return of refugees to Syria on conditions consistent with the international law”.

The returnees should not face armed conflict, political persecution or arbitrary arrests, and they need humanitarian infrastructure, the statement added.