Checks on a Japanese tanker damaged by what it reported as an "explosion" near the Strait of Hormuz oil shipping route, the Transport Ministry in Tokyo said 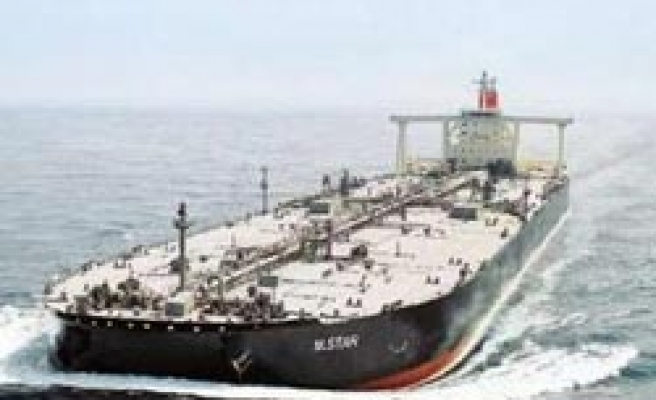 Checks on a Japanese tanker damaged by what it reported as an "explosion" near the Strait of Hormuz oil shipping route found a soot-like substance in a large dent in its hull, the Transport Ministry in Tokyo said on Wednesday.

It was unclear yet what caused the blackish substance, which was spread in a radial pattern, and it will be analysed further, a ministry official told reporters.

Checks of the tanker's radar showed six ships around it just before it suffered the damage, but no evidence had been found to link the incident to those ships, the ministry said.

Public broadcaster NHK said on Tuesday the tanker's radar detected a small ship that made suspicious movements near it at the time of the incident, and that the Transport Ministry believed there was a possibility that ship launched an attack.

"More than 80 percent of oil tankers coming to Japan go through that area. An incident like this in such a region is a grave concern for us," Transport Minister Seiji Maehara told the opening session on Wednesday of a committee set up to investigate the cause of the damage. The incident, shortly after midnight on July 28, injured one seaman but caused no oil spill or disruption to shipping in the strategic waterway, which is the gateway to the oil-producing Gulf and handles 40 percent of the world's seaborne oil.

Industry sources said the tanker was carrying more than 2 million barrels of Qatar Land and Abu Dhabi Lower Zakum crudes, equivalent to about half of Japan's daily oil needs.

The dent in its hull was 22 metres (72 ft) high, of which 16 metres was below the waterline, the ministry said. It was up to 23 metres wide and caved in the hull to a depth of 1 metre.

The 333-metre-long very large crude carrier, named M.Star and operated by Mitsui O.S.K. Lines, was able to resume its voyage to Japan after checks at a nearby port.

"Even when a ship is stationary, some engines are often running to supply electricity to the ship, and smoke comes out of its chimney," Hiroaki Sakashita, director of the Transport Ministry's safety and environment policy division, told reporters.

"That could be what it is," he said, referring to the soot-like substance collected from the dent.

The tanker's radar showed three large ships and three small ships near it right before the incident. The large ships were identified. Of the small ships, one was 6 km (4 miles) ahead of the tanker and heading in the same direction, another was 7 km ahead and almost stationary, and the third 4.5 km to its left and sailing away.

"We are aware of various news reports. But there has been no specific evidence so far that connects the incident to these ships," Sakashita said.

He said the tanker's data recorder caught a sound believed to have been caused by the incident. The nature of the sound, which lasted about three seconds, is also being analysed.