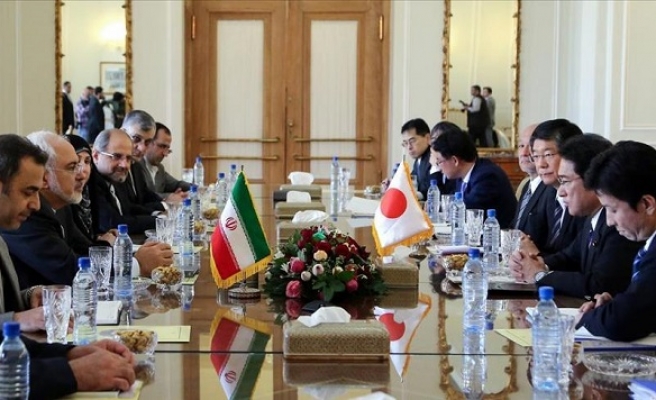 Japanese Foreign Minister Fumio Kishida said at a signing ceremony, alongside Iranian Minister of Economic Affairs and Finance Ali Taiebnia, that momentum was building to expand the economic relationship between the countries.

“Iran, with large economic potential, is an extremely important partner for Japan,” Kyodo news agency quoted him saying in Tokyo.

“I hope the investment agreement will contribute greatly to strengthening economic ties," he added.

The pact follows Jan. 16 consent from the International Atomic Energy Agency that Iran has filled the obligations of the July deal with Britain, China, the United States, France, Germany and Russia.

The six had agreed to lift sanctions, including those on new investments in the oil and gas sectors, if Tehran agreed to a long-term winding back of its nuclear program involving uranium enrichment.

Iran’s Taiebnia underlined Friday that the move "has set the stage to make the bilateral relationship [with Japan] a strategically important partnership”.

Earlier in the day, he had applauded the quality of Japanese technology at a forum in the capital, calling for more investments.

"The country of Japan, which in the eyes of the Iranians has always been associated with high-quality and trustworthy products, will have a higher chance to enter Iran's market and establish long-term partnerships," Taiebnia said.

Under the deal, Japanese companies in Iran -- the protection of whose rights and assets are ensured -- will be subject to similar treatment as domestic firms.

According to Kyodo, the agreement will see Japanese companies join U.S. and European outfits in racing to tap into the country's commercial potential, with everything from cars to oil expected to flow between the two countries.

The move could see Japanese companies return to a development project it withdrew from in one of the world's largest oil fields in 2010.

Japan previously held a 75 percent stake in the adventure in Azadegan in the country's southwest.