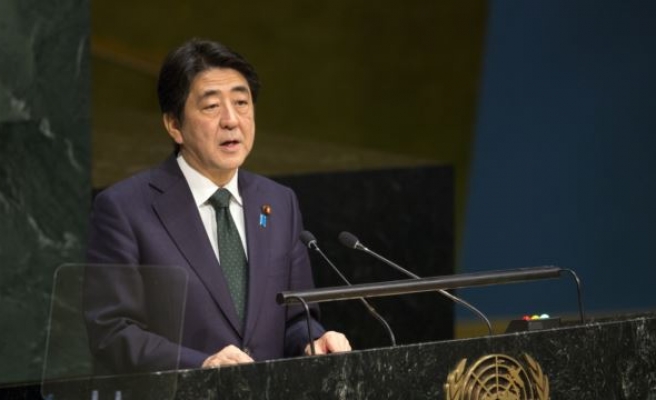 Japan is to provide $1.56 billion in aid for refugees and peacebuilding efforts in the wider Middle East, according to the country's prime minister.

Speaking to the United Nations General Assembly in New York on Tuesday, Shinzo Abe offered Japan's support to refugees fleeing war and persecution in Syria and Iraq by pledging to triple the amount of last year's aid to $810 million.

Reiterating his country's desire to be a permanent member of the U.N. Security Council, he added that Japan would set aside another $750 million to help build peace across the Middle East and Africa.

Tokyo is the second largest financial contributor to the U.N.

Abe said Japan would set up a $2 million fund to support Lebanon, which hosts more than 1 million Syrian refugees, and provide $2.5 million for non-European Union countries such as Serbia and Macedonia, which is struggling to host them.

"Each of these assistance measures is an emergency counter-measure that Japan is able to undertake," he said.

"But at the same time, our unchanging principle is at all times to endeavor to return to the root of the problem and improve the situation."

The majority of these are Syrian refugees seeking to flee a civil war that has claimed more than 250,000 lives since 2011 and resulted in one of the largest refugee exoduses since the World War II.

The U.N. refugee agency says of the latest million people to flee Syria, 95 percent of them have gone to Turkey, which presently hosts more refugees than any other country in the world.

Of those in Turkey, more than 2 million are Syrian.