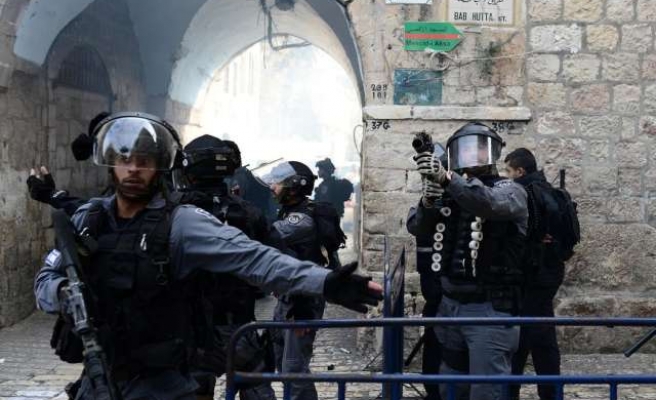 "As many as 55 Jewish settlers stormed the holy compound through Al-Magharbeh Gate under the protection of Israeli police," Sheikh Omar al-Qiswani, the Palestinian director of the Al-Aqsa complex, told The Anadolu Agency.

Dozens of Palestinian worshipers gathered inside the complex to stand up against the incursion, he noted,

"The settlers toured into the compound, passing through Al-Qibali and Marwani mosques before leaving through the Al-Silsila Gate," he added.

Meanwhile, Israeli police imposed strict measures at the gates, denying access to Palestinian men under the age of 40.

Tension has been running high in East Jerusalem since Israel closed the Al-Aqsa Mosque compound late last month following the shooting of an extremist rabbi in West Jerusalem.

The closure of Al-Aqsa, along with the killing of a young Palestinian man suspected of shooting the rabbi, has fueled angry protests by Palestinians in East Jerusalem .