Jewish settlers were backed by an Israeli police "rapid-intervention" force, which restricted the movement of Palestinian students at the site, said Abul Atta of Aqsa Foundation in Jerusalem. 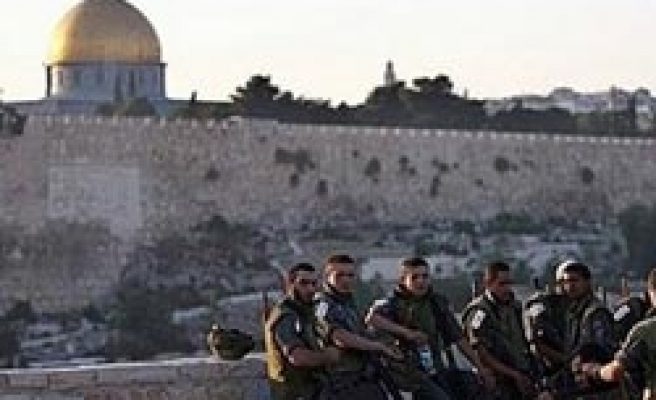 Dozens of Jewish settlers on Tuesday stormed the Aqsa Mosque compound in Jerusalem.

Around 40 settlers toured the compound while listening to lectures on the history of the so-called "Temple Mount," Mahmoud Abul Atta, coordinator of the Aqsa Foundation for Endowment and Heritage, said in press statements.

Jewish settlers were backed by an Israeli police "rapid-intervention" force, which restricted the movement of Palestinian students at the site, said Abul Atta.

Abul Atta called on Palestinian Muslims to flock to the holy site to prevent a possible bid by Jewish fundamentalists to storm the site in line with recent threats to this effect by certain Israeli Rabbis.

Israeli police have stepped up preparations for the Jewish holiday of Sukkot, he added, which will be celebrated on Wednesday, 18 September.