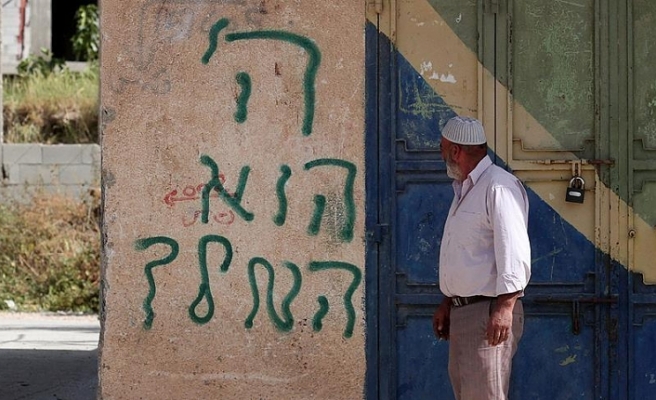 Eyewitnesses told Anadolu Agency that a group of settlers raided Yasuf village in Salfit province and spray-painted slogans in Hebrew on the walls of a local mosque and a number of homes.

They also vandalized four cars and slit their tires.

Extremist Jewish settlers stage frequent attacks on Palestinians and their property in the occupied West Bank.

According to Israeli estimates, some 430,000 Israeli Jews currently live on settlements throughout the West Bank. Another 220,000 live in settlements in East Jerusalem, a large number of which were built without Israeli government approval.