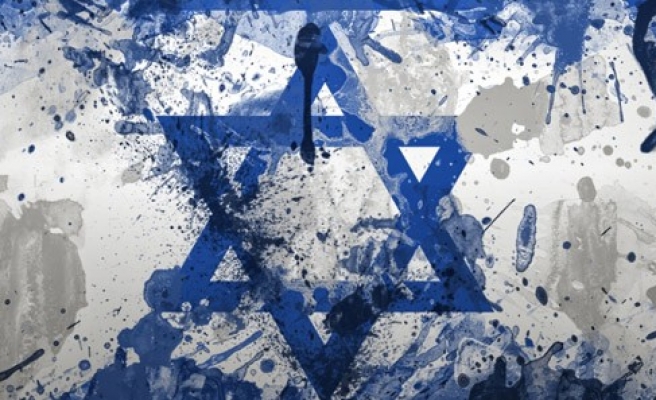 Divisions within Prime Minister Benjamin Netanyahu's governing coalition delayed on Sunday a preliminary vote on a proposed law to declare Israel the nation-state of the Jewish people.

Justice Minister Tzipi Livni, who heads a centrist party, has expressed concern that the rightist-backed legislation would put preservation of Israel's Jewish character above democratic values, and she blocked its discussion in a ministerial committee she chairs.

In now-frozen peace talks, Palestinians had rejected Netanyahu's demand that they recognise Israel as a Jewish state. Legislators from the country's Arab minority have described the bill as racist.

Netanyahu opened the weekly cabinet meeting on Sunday by promising to "move forward on the nationality law" proposed by his right-wing Likud party and far-right allies.

The Israeli leader said it was time for the country's courts, which have been attacked by some ultranationalists as supportive of Palestinian land rights, "to recognise the aspect of our being the nation state of the Jewish people".

With Likud's support, the bill, which Netanyahu said would ensure equal rights for all Israeli citizens, had been expected to receive approval from Livni's ministerial committee.

After Livni intervened, Netanyahu effectively side-stepped her, announcing he would move discussion of the legislation from her committee to the full cabinet. No date was announced for the cabinet debate.

The Israeli government plans to provide shelter to 6,000 Jews who were internally displaced by the conflict in Ukraine, Israeli newspaper Maariv reported on Sunday.

The Israeli plan comes in light of the domestic infighting taking place in Ukraine, which is leading to the displacement of hundreds of the country's Jews, according to Maariv.

Israeli authorities have secretly begun the construction of refugee camps to receive displaced Ukrainian Jews under the supervision of Israeli Minister of Economy  Naftali Bennett, said the newspaper.

Maariv, however, did not specify the location of these camps.

The newspaper noted that about 6,000 Jews are currently homeless in eastern Ukraine, and that the Israeli authorities paid money to ensure their settlement of in temporary camps before they're transferred to Israel.

It was not possible to get official comment from the Israel authorities regarding the report.

Last month, a source close to the project told Israeli newspaper The Jerusalem Post that considerable resources have been allocated to provide Ukraine's Jews who have been affected by the fighting there  with food, clothing and shelter.

Israel's proclamation as a Jewish state has been a point of contention at the latest round of U.S.-mediated peace talks with the Palestinians.

Palestinian President Mahmoud Abbas has repeatedly expressed his refusal to compromise the longstanding Palestinian stance against recognizing Israel as a Jewish state.

Palestinians fear that identifying Israel as such will cancel the right of return of Palestinian refugees or the right of compensation to those affected by the creation of Israel in 1948.

Earlier this year, Arab foreign ministers reiterated their refusal to recognize Israel as a Jewish state, going on to blame Israel for undermining the peace process.

Peace talks between Israeli and Palestinian negotiators collapsed in April over Israel's refusal to release a fourth batch of Palestinian prisoners despite earlier pledges to do so.