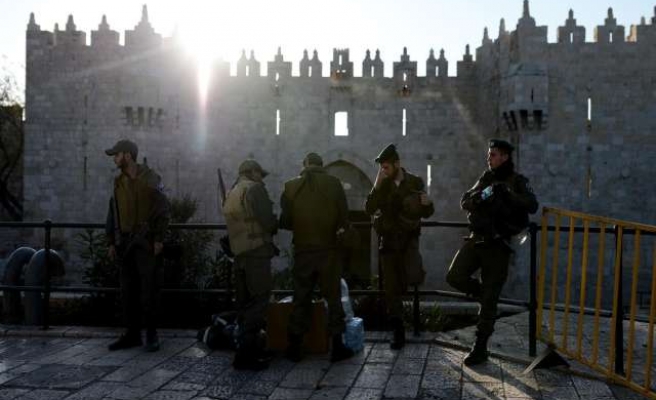 "An Arab youth from the northern part of Jerusalem said that he was attacked by three Jewish youths while walking in [the settlement of] Pisgat Ze'ev at night," Israeli spokesperson for Arab media Luba Samri said in a statement.

"According to preliminary investigations, the [Palestinian] youth suffered what was said to be minor wounds and was transferred to the Shaare Zedek hospital [in West Jerusalem]," said Samri.

An investigation has been opened into the incident, she said, noting that the police launched a search for the attackers.

Tension has run high in East Jerusalem since late last month, when Israel closed the Al-Aqsa Mosque compound for several hours following the injury of an extremist rabbi who was shot by a Palestinian man in West Jerusalem.

The suspect was later killed by Israeli forces in a raid on his East Jerusalem home.

Since then, a total of 11 Israelis, including two security personnel, have been killed and injured in a spate of attacks by Palestinians both inside Israel and in the occupied territories.

Further aggravating the situation, a number of Israeli parliamentarians and scores of Jewish settlers forced their way into the mosque complex in recent weeks, drawing the ire of Muslim worshippers and official condemnation from Arab and Muslim countries.