Jobar district of Damascus in ruins

Jobar district ruined as a result of clashes between Assad forces and Free Syrian Army. 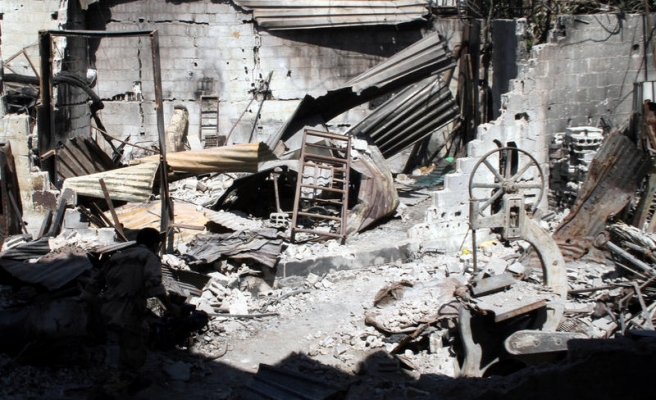 Jobar, a district located in eastern Damascus, has been ruined as a result of the clashes between the Assad forces and the Free Syrian Army.

The residents of the region, which was deserted due to violence, are the clashing groups and rotten corpses alongside very few residents.

A small number of people living in Jobar travel in the region via the holes opened in houses to avoid becoming the  target of sharpshooters.

Scores of houses, schools and other buildings have been destroyed and plundered.