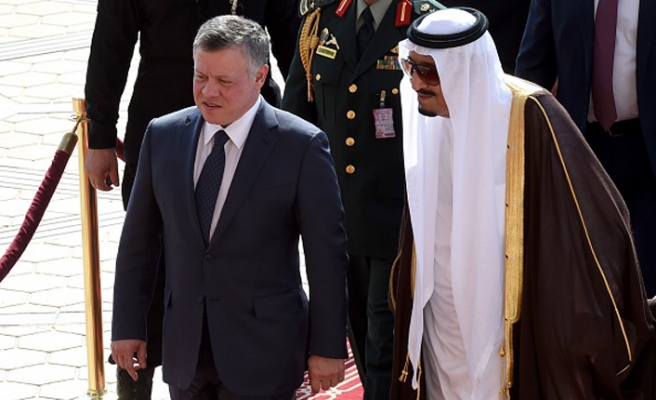 The statement, however, did not provide details about the nature of the monarch’s talks in the oil-rich kingdom.

According to the statement, King Abdullah will also attend a major investment conference that opened in capital Riyadh on Tuesday.

Organized by the Public Investment Fund (PIF), the three-day conference aims to draw investments with a view to diversifying Saudi Arabia’s oil-based economy.

Several major banks, corporations and businessmen have boycotted the event, which is held under the shadow of an international outcry over the killing of Saudi journalist Jamal Khashoggi at the Saudi Consulate in Istanbul.

Khashoggi, a Washington Post columnist, was last seen on Oct. 2 when he entered the Saudi Consulate in Istanbul.

Saudi King Salman sacked the deputy of the intelligence service and a top aide and ordered the arrest of 18 suspects over the case.

Saudi Arabia’s foreign minister admitted on Sunday that Khashoggi was killed inside the Saudi Consulate but argued that the Crown Prince Mohammed bin Salman was “not aware" of it.

Foreign Minister Adel al-Jubeir claimed that it was a “rogue operation” by individuals who exceeded their responsibilities and later tried to cover things up.