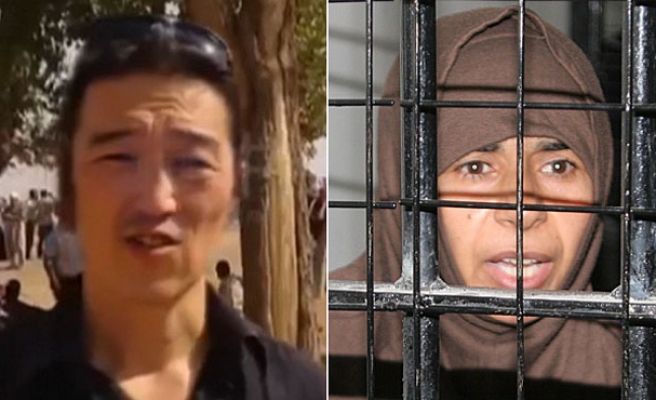 The Jordanian government said Wednesday that it is ready to release female prisoner Sajda Rishawi in exchange for Jordanian pilot Moaz al-Kasasba, who was captured by the ISIS over one month ago.

The announcement comes after ISIL militants gave Jordanian authorities 24 hours to release Rishawi, who has been sentenced to death in Jordan.

If Rishawi is not released, the group warned earlier, it would execute al-Kasasba and abducted Japanese journalist Kenji Goto.

Rishawi, who hails from Iraq, was sentenced to death in Jordan in 2005 for involvement in a spate of bombings that targeted three hotels in Amman, which left dozens dead or injured, including foreign nationals.

The ISIL declared in late December that it had managed to down a Jordanian military aircraft in the Syrian city of Raqqa and capture the pilot.

ISIL-held Raqqa has been targeted several times by an international, U.S.-led anti-ISIL coalition.

Last summer, the militant group captured large swathes of land in Iraq and Syria, declaring the captured territories to be an "Islamic caliphate" and killing thousands of people in the process.

The U.S.-led coalition has carried out numerous airstrikes against ISIL targets in both Iraq and Syria since the group captured the northern Iraqi city of Mosul in June of last year.