The Jordanian army said Sunday that ISIS has lost 7,000 militants and a fifth of its fighting capabilities. 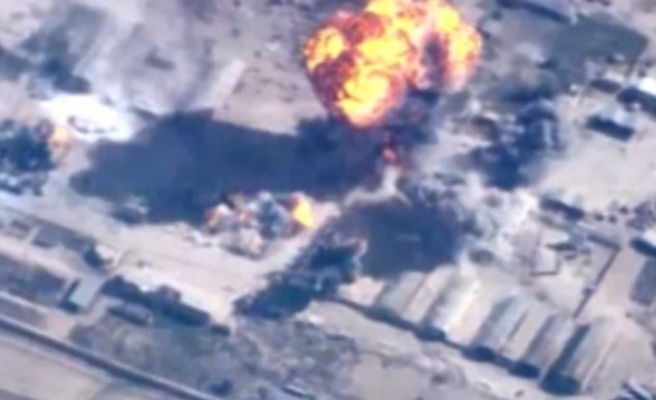 Jordan stepped up its bombing of the jihadist group on Thursday in response to the brutal killing by ISIS of a captured Jordanian pilot, and continued until Saturday.

No new strikes were announced for Sunday.

"We achieved what we aimed for. We destroyed logistics centres, arms depots and targeted hideouts of their fighters," General Mansour al-Jbour, head of the Jordanian airforce, told a news conference.

Jordan has carried out nearly a fifth of the sorties of the U.S.-led coalition against ISIS in Syria to date, Jbour said. U.S. aircraft joined the mission to provide intelligence, surveillance, a U.S. official told earlier on Sunday.

The raids had "degraded" nearly 20 percent of the militants' capabilities, he said.

Jbour said the main aims of the bombing would continue to be to try to hit ISIS leader Abu Bakr al-Baghdadi, to stop the group's illicit oil trade, and to destroy their training bases, garrisons and command centres.

"We are determined to wipe them from the face of the Earth," the general said.

At least 7,000 militants had been killed in the last few weeks of coalition bombing, he said.

Jordan's King Abdullah has vowed to avenge the killing of pilot Mouath al-Kasaesbeh and has ordered his commanders to prepare for a bigger military role in the international coalition fighting ISIS.

Many Jordanians fear greater involvement could trigger a backlash by hardline militants inside the kingdom.

Jordanian military experts say the kingdom could soon struggle to sustain the intensity of the past few days of air strikes, given the air force only has 40 mid-life F16 jets at its disposal.

A squadron of F16 jet fighters from the United Arab Emirates was expected in Jordan in the coming days. It will conduct joint air strikes with Jordanian colleagues against the militants, Jordanian officials said on Saturday.

Jbour said the frequency of future sorties would vary.

"This does not mean in any way that we will continue at the same momentum with the same number of flights but will increase one day and drop one day according to the nature of the operations," he said

Jordan's monarch has been lobbying Washington, the kingdom's main backer, to provide it with more spare parts, night vision equipment and other weapons to help it expand its operations.