Jordan has said little about Syria since start of the uprising and refrained from overtly criticising its northern neighbour, with which it has close trade, political ties despite diverging views on Arab-Israeli peace talks 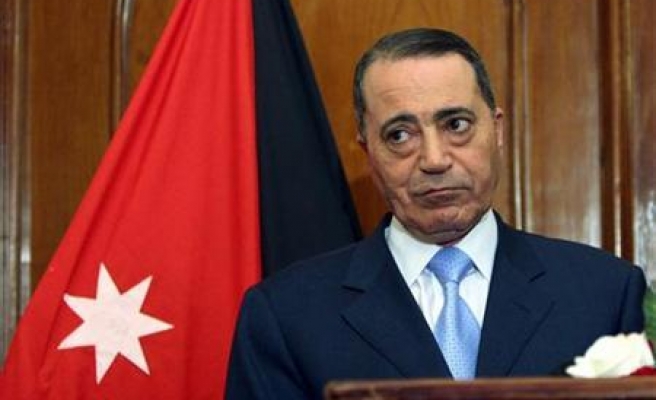 Jordan's Prime Minister Marouf al-Bakhit called on Monday for an immediate end to Syria's crackdown on a five-month-old uprising and said speedy implementation of reforms would bring stability.

"There is a need to stop violence immediately, start implementing reforms and resort to dialogue," Bakhit was quoted by the state news agency Petra as telling his Syrian counterpart Adel Safar in a telephone call.

Jordan has said little about Syria since start of the uprising and refrained from overtly criticising its northern neighbour, with which it has close trade and political ties despite diverging views on Arab-Israeli peace talks.

But Amman, with strong ties to Saudi Arabia, has been under pressure to condemn Syria's violent military campaign to crush pro-democracy protests in recent weeks.

Last week Saudi King Abdullah called for an end to the violence in Syria and withdrew the kingdom's ambassador to Damascus. Bahrain and Kuwait followed suit.

"We call for an end to military operations and implementing the needed political reforms to ensure the safety of the Syrian people and Syria's security and its stability," Bakhit was quoted as saying.

"An almost unanimous international stance has crystallised in favour of rejecting the continuation of these scenes...and the need to end them immediately," Bakhit added.

Jordan's King Abdullah, responding to pressure from pro-democracy protesters at home, said on Sunday proposed reforms that would transfer some of his powers to parliament and enhance civil liberties would pave the way for a prime minister chosen by a parliamentary majority, rather than by the palace.