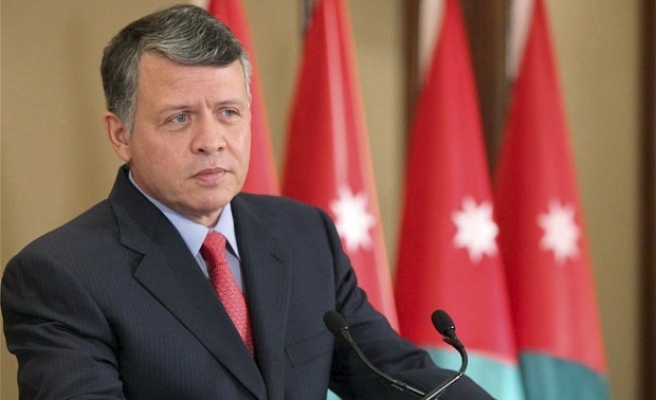 Following the meeting, the Jordanian royal court said Abdullah had called for an end to Israel's repeated attacks on Jerusalem's Jordan-administered holy sites as a prerequisite for restarting Washington-sponsored peace talks between Israel and the Palestinian Authority.

The Jordanian king also told Kerry, according to the royal statement, that a "livable Palestinian state within the pre-1967 borders with East Jerusalem as its capital" was the only way to achieve peace.

For his part, Kerry lauded Jordan's "efforts in pursuing peace in the Middle East" and the country's role in a U.S.-led military campaign against the Islamic State of Iraq and the Levant militant group, according to the royal court.

Earlier this month, Jordan – which is responsible for Jerusalem's holy sites in line with a 1994 peace treaty with Israel – recalled its ambassador in Tel Aviv to protest Israeli "violations" in East Jerusalem.