"Abdulelah Haider was released from political security prison as part of a presidential pardon," the Yemeni Journalists' Association said in a statement. 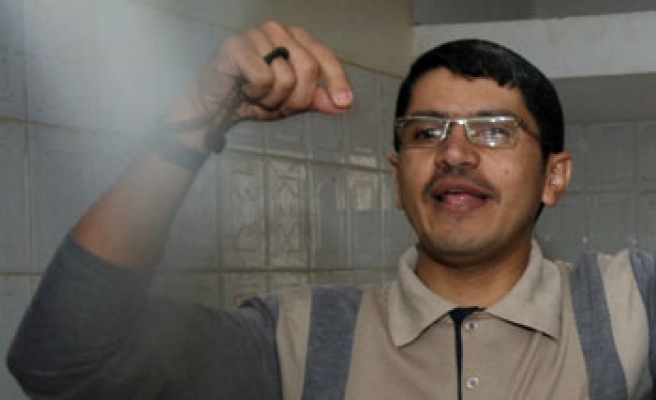 A Yemeni journalist and expert on al Qaeda has been released after serving three years of a five-year sentence for aiding the Islamist network in Yemen, the president's office said on Wednesday.

Shai is known for his contacts with al Qaeda in the Arabian Peninsula (AQAP).

"Abdulelah Haider was released from political security prison as part of a presidential pardon," the Yemeni Journalists' Association said in a statement late on Tuesday.

An official at President Abd-Rabbu Mansour Hadi's office confirmed the pardon, but said Shai would not be allowed to travel outside Sanaa, the capital, for two years.

Shai, 37, had often appeared on international media as an al Qaeda analyst, and in early 2009, he interviewed Anwar al-Awlaki, a radical U.S.-born Muslim preacher who was killed by a U.S. drone strike in Yemen in September 2011.

The interview was broadcast by the pan-Arab television station Al Jazeera.

The original charges against Shai included having links to Awlaki, but these appear to have been dropped, as they were not mentioned when he was sentenced.

Yemeni journalists and activists had staged a number of protests demanding Shai's release, accusing the United States of exerting pressure on the authorities to keep him in prison.