"There have been grave violations of the rights and freedoms of the elected president, Mohamed Morsi, not least of which is his continued detention at an undisclosed location without any legal or constitutional basis," Morsi’s lawyer said. 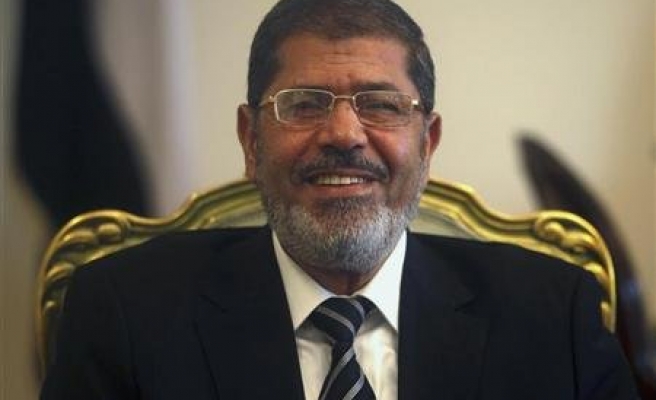 The legal defense team of Egypt's deposed president, Mohamed Morsi, on Monday said that the judge tasked with interrogating the deposed leader, who is currently held on several criminal charges, had declined to provide them with documents relevant to the cases against Morsi.

"We are following up on the case through other defendants, including Saad al-Katatni, leader of the Muslim Brotherhood's Freedom and Justice Party," Mostafa Azab, spokesperson for Morsi's legal team, told the Anadolu Agency.

There was no immediate comment on the issue by Judge Hassan Samir, tasked with leading investigations into charges that Morsi, during his single year in office, had "conspired" with Gaza-based movement Hamas to carry out "hostile acts" inside Egypt.

Morsi, Egypt's first democratically elected president, was removed from power by the powerful army on July 3 after mass demonstrations against his regime. He has been held at an undisclosed military facility ever since, according to military sources.

Azab said that the judge had denied any knowledge of Morsi's whereabouts.

"There have been grave violations of the rights and freedoms of the elected president, Mohamed Morsi, not least of which is his continued detention at an undisclosed location without any legal or constitutional basis," the lawyer said.

Earlier on Monday, Samir told the AA that reports that Morsi's detention had been extended for an additional 15 days were "untrue."

"A press release will be issued in upcoming days to clarify the progress of investigations," he said.

Samir went on to say that the publication of news about the case represented a violation of a gag order issued last month on all case proceedings.

Azab, however, asserted that the defense team had not been informed of the gag order until now.