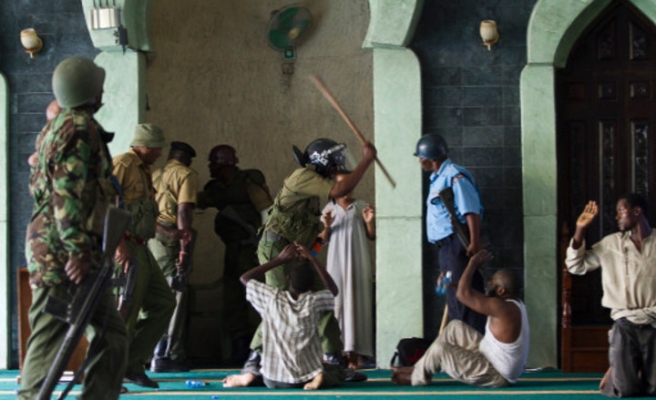 World Bulletin / News Desk
More than 100 opposition members in Kenya's Parliament have said they will take legal action against the government following a violent incident at a Mosque in the Kenyan port city of Mombasa.

Member of Parliament Abdulswamad Shariff Nassir told journalists Monday that the opposition Coalition for Reforms and Democracy, CORD, is preparing a comprehensive report on the storming of the Masjid Musa Mosque.

The government says at least three people were killed and 129 arrested after police surrounded and entered the Mosque two weeks ago to flush out hundreds of youths they believed to be holding a "'jihad' convention"  - a recruitment forum for Al Shabaab.

The youths clashed with police, leading to running battles that lasted more than three hours.

Nassir disputed the death toll, telling AA that he had buried eight people he said were killed at the mosque, and called for Muslim preachers blamed for the violence to receive a fair trial.

“Nobody should be blamed without proof," he said. "If there is proof that preachers radicalized the youth, let those preachers be charged in court.”