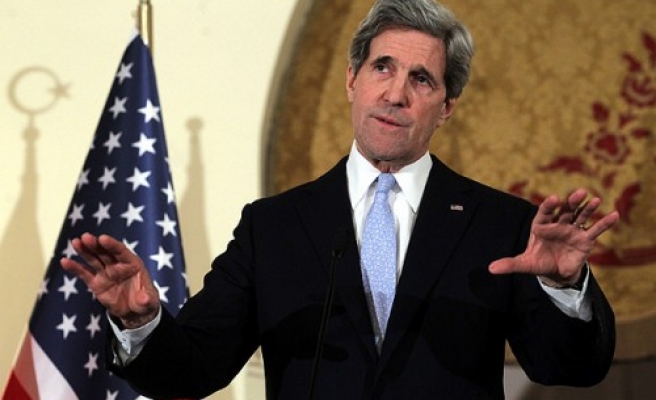 U.S. Secretary of State John Kerry on Monday expressed his deep concern to Bahrain Foreign Minister Khaled al-Khalifa over the expulsion of a U.S. diplomat for meeting with an opposition leader and over charges brought against the politician.

A senior State Department official said Kerry, who was in Vienna for talks between Iran and major powers over curbing Tehran's nuclear program, spoke by telephone with the Bahraini minister.

Bahrain expelled Tom Malinowski, Assistant Secretary of State for Democracy, Human Rights and Labor, last week, saying he had "intervened flagrantly" in the country's internal affairs by holding the meeting.

Kerry "reiterated our view that the Government of Bahrain's demand to have a Foreign Ministry representative present at private meetings between U.S. diplomats and Bahraini political figures is an unacceptable requirement that runs contrary to international diplomatic protocol," the official said.

The official said Kerry also expressed concern about charges against al-Wefaq party leader Sheikh Ali Salman and his political assistant, Khalil al-Marzouq for holding an illegal meeting. The Bahraini authorities said they should have obtained permission to meet Malinowski.

The official said Kerry told the Bahraini minister that "our actions should be consistent with our strong bilateral relationship."

Bahrain is one of Washington's main regional allies and hosts the headquarters of the U.S. Fifth Fleet. But the Gulf state has bristled at American criticism over its human rights record since suppressing a popular uprising in 2011.

The U.S. State Department summoned a senior envoy from Bahrain - the chargé d'affaires of its embassy in Washington - last Tuesday to formally protest Malinowski's expulsion.

A court in Bahrain last month cleared Marzouq of terrorism charges. The island kingdom is ruled by a Sunni Muslim royal family, but the majority of its population are Shi'ites, whose political leaders have demanded democratic reforms.