Kerry: Half of ISIL leaders killed by coalition 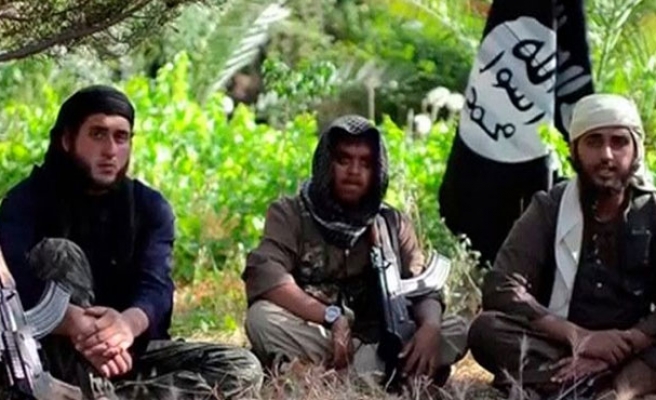 The U.S.-led coalition against the ISIL has organized about 2,000 operations, killing half of the extremists’ high-ranking commanders, according to the U.S. secretary of state.

John Kerry was co-chairing a meeting in London hosted by his British counterpart Philip Hammond on Thursday, where 21 coalition states discussed developments in the fight against ISIL.

Kerry noted that since the last meeting held in Brussels in September nearly 2,000 coalition air strikes had been organized against the terrorist organization in Syria and Iraq.

"Fifty percent of their top commanders have been eliminated," claimed Kerry, adding: "Hundreds of vehicles and tanks, which they captured, have been destroyed."

Kerry said that about 200 oil and gas facilities, from which ISIL gains funds, had also been also destroyed.

"We are destroying ISIL’s refining capacity, which destroys their revenue. We’re denying it revenue from oil trade," Kerry said.

Kerry also stated that Austria, Malaysia and Kosovo, as well as other countries, have broken up "foreign fighter networks" in their territories, while Germany, Australia and the U.K. have prosecuted foreign fighters.

The U.S.-led coalition has been carrying out airstrikes against ISIL positions for nearly five months. Kerry said the strikes were effective in stopping ISIL’s advance and even forcing a pushback in some regions.

Iraq has been in throes of conflict since ISIL took hold of the country’s second-largest city, Mosul, in June 2014.

Since then, the group has cemented its control over several cities and regions across Iraq and Syria.