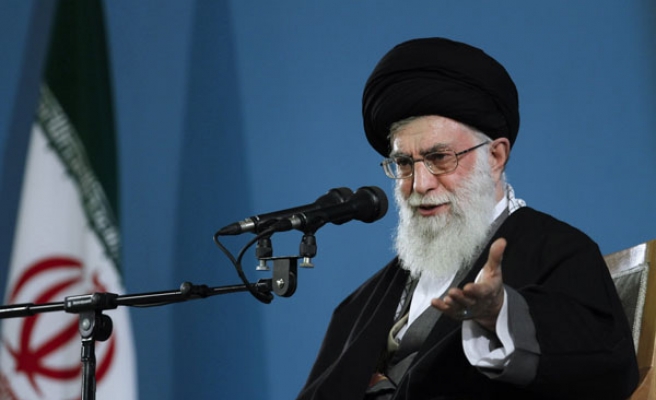 Iran's supreme leader said Wednesday that missile power was key to the country's future security, slapping down moderates who say the focus should be on diplomacy.

Ayatollah Ali Khamenei, who has the final say in all matters of state in Iran, praised the powerful Revolutionary Guards for their "show of advanced and precise missiles" in recent tests that drew Western criticism.

"In this jungle-like world, if the Islamic republic seeks negotiations, trade and even technology and science, but has no defence power, won't even small countries dare threaten Iran?" Khamenei said in remarks published on his official website.

"Our enemies are constantly enhancing their military and missile capabilities and given this how can we say the age of missiles has passed?"

His comments appeared aimed at ex-president Akbar Hashemi Rafsanjani, a senior leader of the reformist and moderate camp, who last week tweeted: "Tomorrow's world is the world of dialogue not missiles."

The same four countries, along with Russia and China, reached the historic agreement with Iran last year that saw Tehran scale down its nuclear programme in exchange for the lifting of sanctions.

A joint letter from the US and other Western powers sent on Monday to the UN Security Council said that missiles recently fired by Iran were "inherently capable of delivering nuclear weapons".

The letter obtained by AFP says the missile launches were "destabilising and provocative" and defied a 2015 UN resolution, number 2231.

The resolution includes the terms of the nuclear accord.

Iran argues that these missiles are not covered by the UN resolution that accompanied the nuclear accord.

"The enemies of the revolution... use dialogue, economic trade, sanctions, military threats and any other means to further their goals," Khamenei said. "We should be able to confront and defend in all of these fields."

He said those who believe only diplomacy is the key to Iran's future are acting out of "ignorance or treason".

In response to Iran's tests, the US Treasury last week named units of the Revolutionary Guards to its sanctions blacklist.

Stressing that he was not averse to diplomacy, Khamenei said Iran should "negotiate strongly and vigilantly so we won't be deceived."