Khamenei said the United States and Israel were playing "good cop, bad cop" to intimidate his country into making concessions on the nuclear dispute 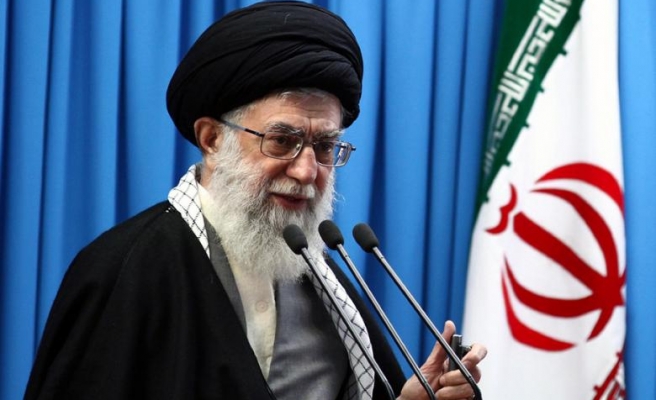 Iran's supreme leader Ayatollah Ali Khamenei said the United States and Israel were playing "good cop, bad cop" to intimidate his country into making concessions on the nuclear dispute with the West.

"They make it seem like Israel wants to attack, but America is stopping it: the good cop, bad cop trick," Khamenei told senior statesmen at an iftar (fast-breaking supper during the holy month of Ramadan) function. "But I say out-loud: the reason they are not attacking is because it is too costly. The enemy has no other option at its disposal but make threats and impose sanctions."

Israel has repeatedly threatened to attack Iranian nuclear sites, and been sceptical about the current diplomatic drive by Western allies to persuade Iran to scale back its nuclear programme in exchange for relief in economic sanctions imposed over the years as penalty.

In a boost to President Rouhani, who has been accused of being too soft toward the West, Khamenei said: "All should know that I support his government and use everything in my power to help it. I have trust in our negotiating team and am sure they will not give in on the rights of this nation."

Iran's enrichment capacity lies at the centre of the nuclear stalemate and is seen as the hardest issue to resolve. Iran insists it needs to expand its capacity to refine uranium to fuel a planned network of atomic energy plants. The powers say Tehran must sharply reduce the capacity to prevent it being able to quickly produce a nuclear bomb.

"Their aim is that we accept a capacity of 10,000 separative work units (SWUs), which is equivalent to 10,000 centrifuges of the older type that we already have. Our officials say we need 190,000 centrifuges. Perhaps not today, but in two to five years that is the country's absolute need," Khamenei said in a statement published on his website late on Monday.

Iran now has more than 19,000 installed enrichment centrifuges, mostly old-generation IR-1 machines, with about 10,000 of them operating to increase the concentration of uranium's fissile isotope U-235.