'All what we want right now is to bury him in Al-Baqi [cemetery] in Medina,' Salah Khashoggi tells CNN 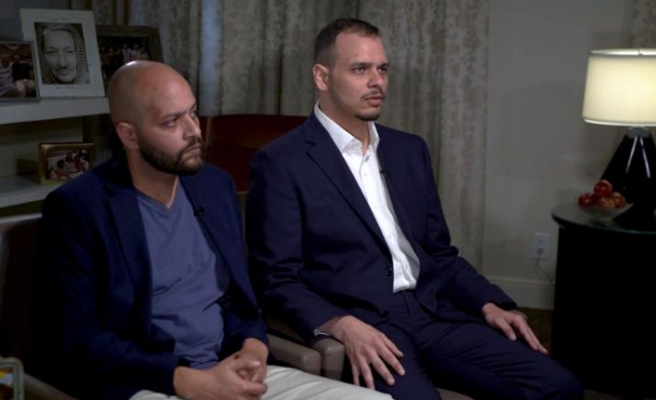 The sons of slain journalist Jamal Khashoggi delivered an emotional appeal on Sunday asking for the return of their father's body in an interview with CNN.

In their first interview since their father was murdered, Salah and Abdullah Khashoggi said that the past few weeks have been painful for them as they continue to wait for more information on the death of their father.

Khashoggi, a Saudi national and columnist for The Washington Post, disappeared Oct. 2 after entering the Saudi Consulate in Istanbul to receive paperwork he needed to get married.

Without having the body, their family is unable to properly have a funeral service and achieve closure, the two sons noted.

"All what we want right now is to bury him in Al-Baqi [cemetery] in Medina with the rest of his family," Salah told CNN.

According to Salah and Abdullah, their father was being misinterpreted and misrepresented due to political reasons.

In an interview with Jared Kushner, U.S. President Donald Trump's son-in-law and Middle East adviser, and John Bolton, national security adviser, Saudi Crown Prince Mohammed bin Salman called Khashoggi a sympathizer of the Muslim Brotherhood and a dangerous Islamist, however Khashoggi's sons pushed back on this.

"It's just labels and people not doing their homework properly, and reading his article and going in depth. It's easier to stick a label on him," Abdullah said in response to these claims.

As the eldest brother, Salah has been made the point person by Saudi authorities, and the strain of that along with receiving calls from all of Khashoggi's relatives shows in his deeply sunken eyes.

However, being the point person with the Saudi government has not given Salah any more information than the rest of the world.

"Our source is the same source that you have. It is a mystery. This is putting a lot of burden on us -- all of us. That everybody is seeking for information just as we do. They think that we have answers, and unfortunately we don't," Salah said.

The younger sibling Abdullah, who lives in the United Arab Emirates, said he was the last child of Khashoggi to see him alive. He went to Turkey in September to visit him and his fiancee Hatice Cengiz.

"He was happy. It was a very good opportunity for me to see him. We hung out in Istanbul, we had fun," Abdullah said. "I was really lucky to have last moment with him. I feel very grateful."

The death of Khashoggi was an unusual one, and with that the brothers are facing not only grief but also confusion.

"I still can't believe he is dead. It's not sinking in with me emotionally," Salah added. "The emotional burden that is coming with the puzzle, is really big."

Salah said he was waiting for the investigation to be concluded and for the truth to come out, and believed in Saudi King Salman bin Abdelaziz.

"The King has stressed that everybody involved will be brought to justice. And I have faith in that. This will happen. Otherwise Saudi wouldn't have started an internal investigation," Salah said.