Kerry said in a statement announcing the release of Theo Curtis that the United States was using "every diplomatic, intelligence and military tool" at its disposal to secure the release of other Americans 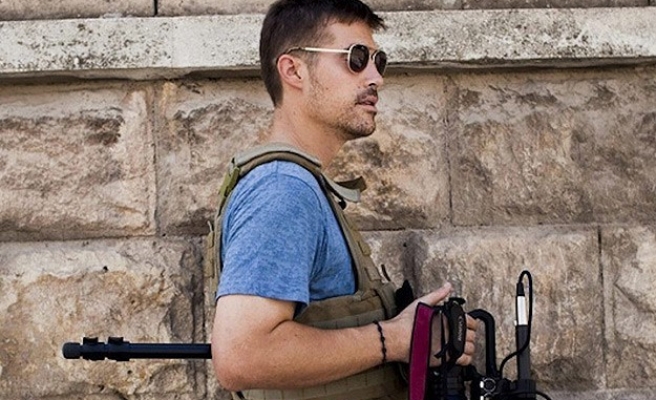 Kidnappers in Syria have freed a U.S. journalist missing since 2012, U.S. Secretary of State John Kerry said on Sunday, following what Qatari-owned Al Jazeera said were efforts by the Gulf Arab state to win his release.

Kerry said in a statement announcing the release of Theo Curtis that the United States was using "every diplomatic, intelligence and military tool" at its disposal to secure the release of other Americans held hostage in Syria.

News of Curtis's release emerged just days after ISIL militants this week killed American journalist James Foley, who was kidnapped in Syria in 2012.

Kerry said Curtis had been held by Nusra Front whose rivalry with ISIL has fuelled war among the insurgents themselves.

"The United Nations can confirm that it facilitated the handover of Peter Theo Curtis. He was handed over to UN peacekeepers in Al Rafid village, Quneitra, the Golan Heights, at 6:40 p.m. (local time) on 24 August 2014. After receiving a medical check-up, Mr. Curtis was handed over to representatives of his government."

White House national security adviser Susan Rice said in a statement that Curtis was "safe outside of Syria, and we expect he will be reunited with his family shortly."

Curtis has written two books, both under the names Theo Padnos: "Undercover Muslim: A Journey into Yemen," a memoir of studying at a madrasa, and "My Life Had Stood a Loaded Gun," a memoir about teaching literature to teenage offenders in Vermont.

A Qatari source told Reuters Curtis had been handed over to a representative of the United Nations in Syria.

"Qatari intelligence agencies were behind the release of the American journalist in Syria. Qatar, like many countries, looks to free those in captive for humanitarian reasons," the source added.

The Qatari source did not have details on what Qatar had done to free him, saying only that it had been a matter of "communication with the right people in Syria".

The Qatari source said he did not know if Qatar was involved in seeking to free other journalists, but added that "any captives with (ISIL) will be very difficult for Qatar to free, while others with different groups would be easier."

The U.S.-based Committee to Protect Journalists estimates that about 20 journalists are missing in Syria. Many of them are believed to be held by ISIL.

In a video statement released by Curtis's kidnappers at some point during his captivity, Curtis said he was a journalist from Boston, Massachusetts, Al Jazeera reported.

Commenting on his treatment in that video, Curtis said he "had everything" he needed and "everything has been perfect, food, clothing, even friends now".