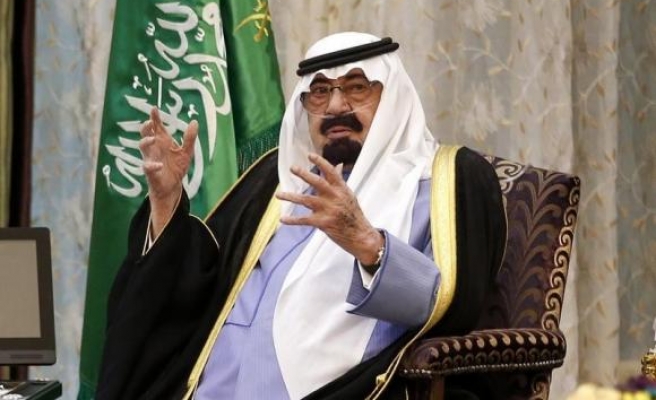 World Bulletin / News Desk
Saudi King Abdullah bin Abdelaziz has passed away and his Crown Prince Salman has been declared the new monarch.

In a statement carried by the Saudi TV in the early hours of Friday, the Saudi Royal Court announced the death of King Abdullah.

Abdullah was recently admitted to hospital after suffering lung infection.

He was diagnosed with pneumonitis, making it necessary for hospital doctors to provide him with a tube to allow him to breathe.

Abdullah underwent back surgery in November 2012. Ever since, he has refrained from attending events outside the kingdom, including a recent high-profile Gulf summit held in Qatari capital Doha.

Salman, 79, is a half-brother of the deceased king. He was appointed crown prince in June of 2012 after the death of the late crown prince, Naif.

Muqrin is also a half-brother of Abdullah and the youngest son of the founder of Saudi Arabia.

He was serving as second deputy prime minister and the king's special envoy.