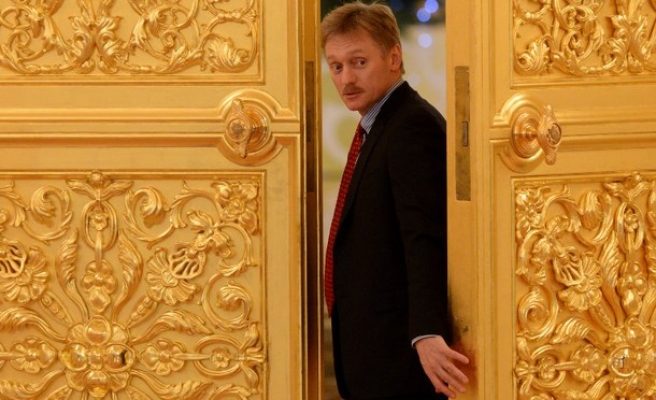 The Kremlin denied a claim by a senior negotiator Wednesday that Russia had offered in 2012 to make Syrian President Bashar al-Assad step down in an "elegant way", saying it never called for regime change.

"I can only once more repeat that Russia is not involved in changing regimes. Suggesting that someone step aside -- elegantly or not -- is something Russia has never done," President Vladimir Putin's spokesman Dmitry Peskov told journalists, quoted by TASS state news agency.

Former Finnish president Martti Ahtisaari told British daily The Guardian in comments confirmed to AFP that Russia's ambassador to the United Nations, Vitaly Churkin, met with him privately in 2012 and suggested finding "an elegant way for Assad to step aside".

Peskov dismissed the claim, saying that "it's very easy to trace chronologically that from the start of the Syrian crisis, Russia repeated at many different levels that only the Syrian people can determine its future, only through democratic elections."

A representative from Ahtisaari's Crisis Management Initiative (CMI), a conflict resolution consultancy in Helsinki, confirmed to AFP that the ex-president had spoken to Churkin about Syria and that the Russian diplomat had detailed his three-point plan.

Ahtisaari, awarded the 2008 Nobel Peace Prize for his efforts to resolve conflicts, told The Guardian he believed Western powers ignored the proposal as they thought Assad was about to fall anyway.

He said he forwarded the proposal to the United States, Britain and France but that "nothing happened because I think all these, and many others, were convinced that Assad would be thrown out of office in a few weeks so there was no need to do anything."

Russia has always publicly supported Assad's beleaguered regime, and had said that his removal could not be a prerequisite for any deal to end the conflict, which has left more than 240,000 people dead and millions displaced.

John Jenkins, who became Britain's ambassador to Saudi Arabia in the first half of 2012, told the newspaper that "I never saw a reference to any possible flexing" in Putin's support for Assad.

"I think it is true that the general feeling was Assad wouldn't be able to hold out," he said. "But I don't see why that should have led to a decision to ignore an offer by the Russians.

"The weakest point is Ahtisaari's claim that Churkin was speaking with Moscow's authority," he added, saying he would have "wanted to hear it from (Russia President Vladimir) Putin".

"Even then I'd have wanted to be sure it wasn't a Putin trick."

Putin on Tuesday pledged to continue military support for Assad after Washington sounded the alarm over an alleged military build-up by Moscow in the war-torn country.

Moscow has been pushing for a broader coalition of forces to take on ISIL, but key regional players such as Saudi Arabia have ruled out fighting alongside Assad.