A Kurdish officer said 20 Grad missiles had been launched into Mosul on Friday. 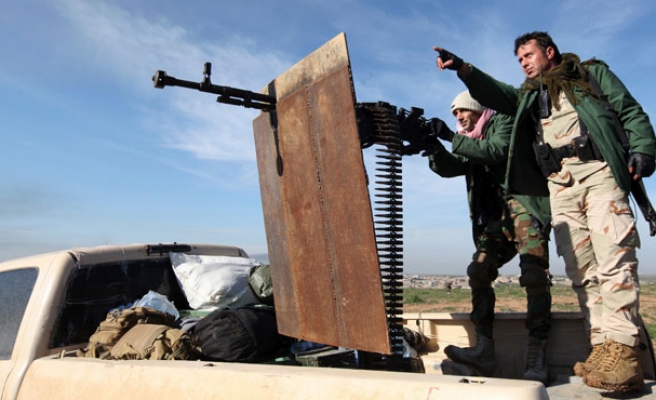 A Kurdish officer said 20 Grad missiles had been launched into Mosul on Friday after receiving information that ISIS militants were gathering to meet near the city's Zuhour neighborhood.

"We hit their positions," said Captain Shivan Ahmed, who belongs to the unit that fired the rockets from around 20 kilometres (12 miles) north of Mosul.

Kurdish officials said the strikes had hit their intended target, but two residents of Mosul contacted by Reuters said three civilians were killed in the attack.

It was not possible to independently verify the accounts.

Following the attack, ISIS militants published images of a girl lying in a hospital bed, whom they said had been wounded by fire from the Kurdish peshmerga fighters.

U.S.-led airstrikes regularly target areas outside of Mosul, but rarely strike inside the city due to concerns about civilian casualties.

A statement attributed to an unnamed senior Kurdish military source and posted on the ruling Kurdistan Democratic Party's official website said the shelling had "struck great fear into the hearts of the terrorists".

Peshmerga forces this week launched a ground offensive northwest of Mosul backed by coalition airstrikes, reclaiming nearly 500 square kilometers of territory and cutting the extremist group's main supply line from the city to the west.

Twenty-one senior ISIS militants were killed during the operation, the Kurdistan Region's Security Council said in a statement on Friday.

It said the slain ISIS leaders included the head of Nineveh province's administrative institutions and a close commander of its special forces, the statement said.

There was no way to independently verify the claims.