Salih Muslim, co chair of the Democratic Union Party has tied his hopes on Russian intervention in Syria over negotiations with Turkey 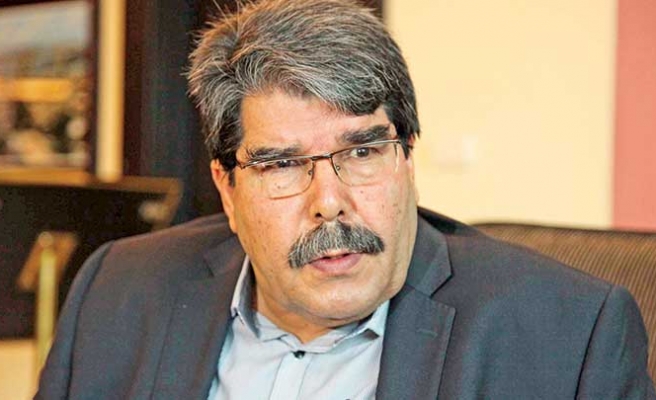 Speaking to Al Monitor, Salih Muslim, the co-chair of the Democratic Union Party (PYD), currently in northern Syria has said that the Russian military intervention in Syria will change the balances in the region dramatically. The Kurds, who are now the top allies of the US against ISIL have stood to benefit the most. In the interview, Muslim explains how the war means that Russia may prevent Turkey from intervening in Syria.

Muslim has said that the PYD will fight against anyone who fights against ISIL, and stand alongside anyone who battles the ISIL mentality.

In response to Al Monitors question if Russia can give guarantee to the Kurds, he said , "We have had relations with Russia for the past three years. We go back and forth to Russia, to Moscow. But the regime cannot remain as is nor can we turn back the clock. The Kurds are a reality. And we are capable of defending ourselves against the regime and others. If there is to be a resolution to the Syrian crisis, it needs to incorporate the rights of the Kurds and all other ethnic and religious groups in Syria. This could be achieved under the auspices of the United Nations. Our democratic autonomy [the three Kurdish controlled cantons in northern Syria] needs to be recognized. And if they are not, we shall continue with our struggle. If the Kurdish problem remains unresolved, the Syrian problem will remain unresolved. We have certain demands, a system in place. Any solution that is predicated on eradicating these is wrong and cannot work".

In response to Al Monitors question, "Do you believe Russia’s intervention will help bring the sides to the table or has it made things worse?", Muslim responded, "Returning to the negotiating table seems hard. The plan devised by the UN’s Syria envoy, Staffan de Mistura, is backed most of all by Russia. But the opposite camp, meaning Qatar, Saudi Arabia and Turkey are resisting this [plan]. If the United States wants to pave the way for a solution, it must apply certain pressure on this camp. In any case, if there were not some kind of agreement between Russia and America, Russia would not have intervened in this way.

Stating that Turkey's Syria policy was "bankrupt", Muslim said, "Two years ago I was talking to a Russian official and he asked me, “What do the Kurds most fear?” “Possible Turkish intervention,” I replied. He laughed and said, “That is not Turkey’s border [with Syria], but NATO’s,” to which I responded, “In that case you have given me relief, thank you.” Turkey cannot intervene in Syria without the blessings of the big powers".

In response to the question,

Al-Monitor:  And how will the “IS-free zone” that Turkey wants to establish west of the Euphrates River along the so-called Mare Line be affected by Russian intervention?

Muslim:  Russia and the United States seem to have established their own zones of influence within Syria. The US is active in the north. The Russians will not meddle in the north. But should Turkey attempt to intervene, then they will. Russia has a joint defense agreement with Syria. They will prevent Turkish intervention not to defend us [Kurds] but to defend Syria’s border"