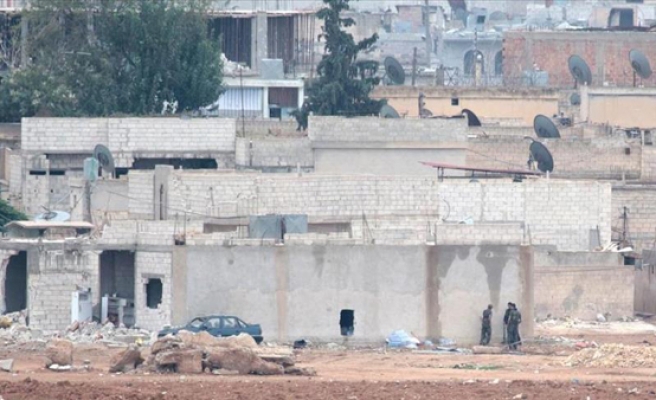 Cantons in northern Syria are controlled by the Syrian regime, not the PYD, Abdulhamid Tammo, foreign affairs director of the Syria-based Kurd Future Movement (Sepela Peseroje) Party, has said.

"The [Syrian] regime is in Qamisli and Hasakah ...and paying for the civil servants working in the cantons," Tammo said.

Tammo, who is the brother of Mashaal Tammo, a Syrian Kurdish politician and activist who was killed during the turmoil of the 2011 Syrian uprising, spoke to Anadolu Agency recently in Istanbul about the latest developments in Syria.

"The PYD has been lying from the very beginning by saying they are not with the regime," he said.

The regime has been supporting the PYD since 2012, Tammo said, adding: "It is because the regime wanted the PYD to fight against other Kurdish groups which are part of the opposition".

"The PYD fought against opposition Kurds and the regime exploited it," he said.

"The PYD caused the death of many Kurdish youngsters, who were fighting for the YPG, for the sake of protecting the regime," he added.

The YPG is the military wing of the PYD terrorist group.

Tammo said almost 60 percent of the YPG today comprises of Arabs, while the rest are Kurds even though the YPG is known to be primarily Kurdish.

The PYD and the YPG forces as well as PKK are designated as terrorist organizations by Turkey.

The PKK always had good relations with the Syrian regime, Tammo said, adding: "The PYD has been in the limelight; however, it is indeed the PKK which organizes everything".

Stating that the PYD leader, Saleh Muslim, and other politicians from the PYD are only figure heads, he said the PKK members hiding in the Kandil Mountains of northern Iraq were the main decision makers.

"The PKK staff are the decision-makers in Syrian Kurdistan," he said.

Tammo said the Syrian regime had released leaders of isiland al-Nusra from its prisons.

"As the opposition forces got stronger, the regime allowed prisoners to go free in an effort to break the legitimate and powerful opposition block and manipulate the freedom and democracy demands of the Syrian people," he said.

"The regime aims to bring legitimacy to itself under the pretext of 'terror', ISIL and al-Nusra," he said.

Another goal of the regime is to secure oil in northern Syria, Tammo said, adding the regime gets 60 percent of its income from oil sales while the PYD gets 20 percent, and Arabs and certain non-Muslim groups share the remaining 20 percent.

Turkey 'right to intervene in Azaz'

The Turkish military shelled PYD/YPG positions in northern Syria for a week beginning on Feb. 13 in response to artillery fire from the PYD forces based around Azaz town, located just six kilometers (four miles) from the Turkish border.

Turkey had said it will not allow the town of Azaz to fall to the YPG forces.

"Turkey has the right to intervene in Azaz, because otherwise Shia militia, Iran and the regime will be in place there," Tammo said.

"The PYD, Iran and the regime captured the region, saying 'there are ISIL and al-Nusra'; but it is not true at all," he said, adding the region was under the control of the opposition.

Kurd Future Movement Party is part of the Syrian opposition and a member of the Kurdish National Council.

The party was founded in 2005 and has always been the target of the regime, Tammo noted.

He said his party leader, Mashaal Tammo, was killed in 2011 on the orders of Assad.