Natives of the war-torn Syrian city are impatiently waiting to return their old homes but realities on the ground could prevent them from leaving immediately. 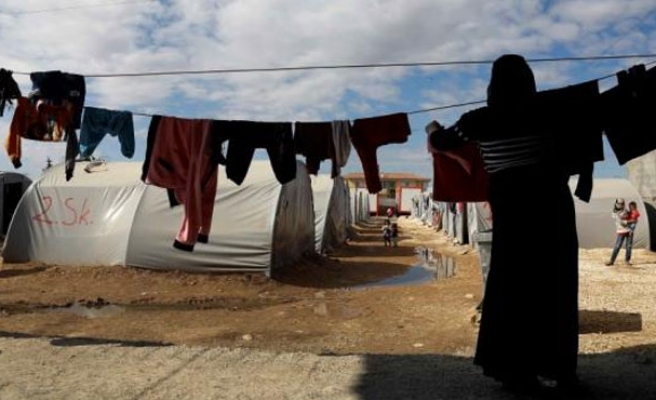 Cihan Abbas, a 26-year-old Kurdish native of Kobani, fled the city months ago with his wife and twin boys.

After enduring the agony of seeing Kobani mortared by radicals from the ISIS and hearing ceaseless gunfights between the militants and Kurdish forces, he is now more peaceful.

The four-month-long fight has ended. Victory has been bestowed on his side.

“I am happy that Kobani is freed,” Abbas tells The Anadolu Agency from a refugee camp in Sanliurfa’s Suruc town.

The Turkish city is just across the border from strategic, Kurdish-populated Kobani in Syria.

The reported taking of the city by Kurdish forces earlier this week was celebrated in Istanbul, in the southeastern provinces of Diyarbakir, Batman, Sirnak, Siirt and Mardin.

Abbas says conditions are fine at the camp and he is grateful to the Turkish people for welcoming them. Nonetheless, he wants to return to the city where he was born and raised.

However, the military victory alone is not enough for Cihan to return. His twin boys are paralyzed. A doctor in Ankara, the Turkish capital, had examined his two-and-a-half-year-old sons but the family must stay to continue treatment: “I returned to Suruc three days ago. We now have an appointment three months later,” Cihan says.

This is not the only reason why he cannot go back to his city immediately. “My relatives told me that my home was destroyed,” he adds painfully.

Footage from the city shows that clashes have left the town in ruins, destroying whole neighborhoods, damaging infrastructure and wrecking vehicles.

There are almost no structures that have not been damaged, with public buildings and hospitals totally demolished by air bombardments, suicide attacks and mortar shells.

Kurdish leaders in the city have vowed to rebuild in the near future.

"From now on, we will work for the reconstruction of a new town," said Anwar Muslim, a senior representative from the Kurdish Democratic Union Party, or PYD on Tuesday – a group that Turkey sees as a branch of the PKK.

He made the remark after meeting Turkish MPs Selma Irmak, Ibrahim Ayhan and Ibrahim Binici from the pro-Kurdish People's Democratic Party who visited the city.

Cihan’s older brother Bekir is also joyful over the news that Kobani is freed. “We will return to the city soon,” he says, heedless of the wreckage.

Another Kobani native, Mustafa Muslim, 75, left the city before the fighting and says refugees now have the chance to move back. “Although the Turkish government helped a lot, it is not very pleasant to stay at a refugee camp,” he says.

Around 180,000 Kurdish refugees have fled to Turkey since the battle for the strategic town erupted last year.