Nechirvan Barzani said our goal is to export half a million barrels of oil every day to the global markets by the end of the year. 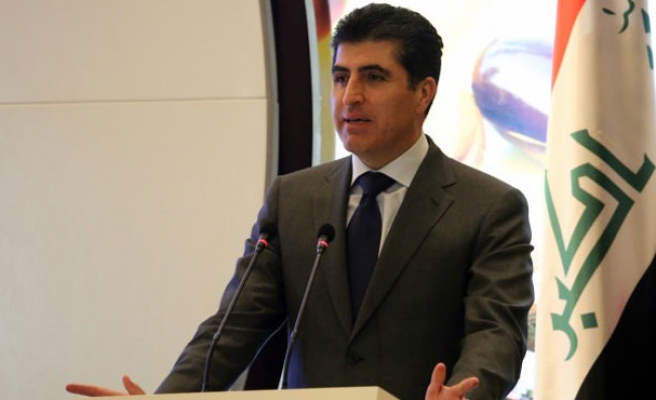 Our goal is to export half a million barrels of oil every day to the global markets by the end of the year, Nechirvan Barzani, head of the Kurdish Regional Government, said Wednesday.

"We are open to dialog and negotiations with Baghdad but we want 17 percent from the Iraqi budget. Baghdad acted unconstitutionally by cutting our share of the governmental budget. Oil sales are transparent and appropriate according to the constitution," Barzani told the regional parliament, adding that, "we can’t wait forever for a deal from Baghdad. We can sell our oil."

Baghdad filed a lawsuit against Ankara, after Kurdish oil was sold and transported through Turkey. The selling of the oil bypasses Iraq's national State Oil Marketing Company and violates the country’s constitution, Baghdad claims.

The oil has been sitting in the southeastern Turkish port of Ceyhan for the last six months, while Irbil and Baghdad negotiated an agreement for the oil sales.

The regional Kurdish government, however, says that Baghdad cut their share of the revenues from the national budget and that they are determined to export oil via Turkey in order to compensate for the loss, claiming to do so is a unequivocal constitutional right and in line with 2007's Iraq oil law.