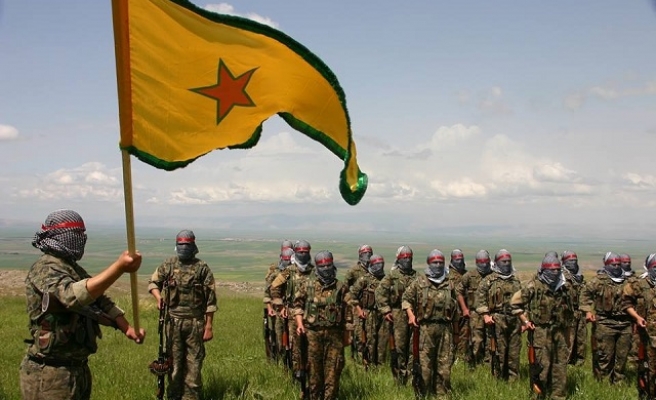 The Arab and Turkmen populations in northern Syria have faced human rights abuses in areas controlled by armed Kurdish group, the Peoples’ Protection Units (YPG), according to a report published Tuesday.

In a 22-page report, the Syrian Network for Human Rights said abuses against Arabs, Turkmen and Assyrians had been taking place in Al-Hasakah province since February.

According to the report, the YPG have killed 47 civilians, including eight women and nine children, in the last six months and detained 612 people, including 19 children.

Villages have been destroyed, crops burned or stolen and fields leveled with bulldozers in a bid to force people away from their homes.

Listing more than 70 villages that had been forcibly evacuated, the network said tens of thousands of people -- mostly Arabs -- had been displaced by the YPG.

It said the YPG had been forcing people away from their homes from the "very first day of its establishment" and said the "forced migration policy" had been recently intensified.

The network said the 8,000 Turkmen in Al-Hasakah province had all been exposed to human rights abuses.

It added that the YPG prevented people from returning home and looted and destroyed evacuated homes.

The report carried detailed interviews with those forced from their homes as well as videos and photographs.

YPG is the armed wing of Syrian Democratic Union Party (PYD), which Turkey considers a Syrian extension of the terrorist PKK organization.