Idris Nassan, a local official in Kobani, said by telephone that anti-ISIL forces had taken the strategic hill of Mistanour and the road which runs along the side of the hill. 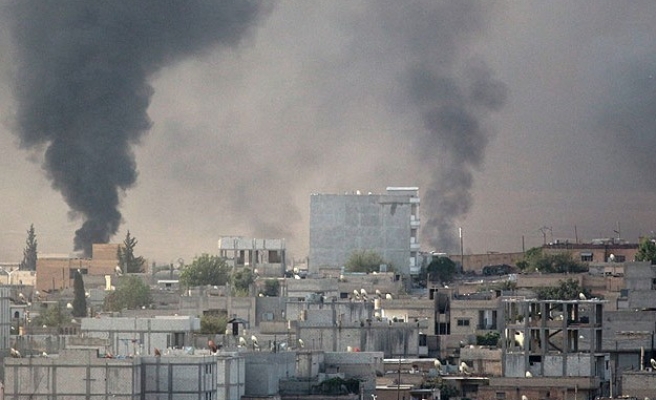 Kurdish forces blocked a road ISIL militants use to resupply their forces in a Syrian town on the Turkish border, a town official and a monitoring group said on Wednesday, the first major gain against the militants after weeks of violence.

Iraqi-Kurdish peshmerga forces crossed into Kobani on Oct. 31 to help the besieged Kurdish YPG and YPJ fighters in the town. The combined forces have now cut off the road which leads south east to the village of Hilnij, the sources said.

Despite having limited strategic significance, the battle in Kobani, also known as Ayn al-Arab, has become a powerful symbol in the fight against ISIL. The group has captured large expanses of Iraq and Syria.

Idris Nassan, a local official in Kobani, said by telephone that anti-ISIL forces had taken the strategic hill of Mistanour and the road which runs along the side of the hill.

"ISIS was using this road for ammunition and fighters," he said, using a former name for ISIL. He added that peshmerga forces had been focusing artillery strikes on ISIL positions on the outskirts of Kobani like Mistanour over the past week, to halt ISIL shelling on the town.

Reuters was unable to reach ISIL fighters in Kobani. The Britain-based Syrian Observatory for Human Rights said that Kurdish forces had not taken Mistanour hill but had started fighting on the road to Hilnij, preventing IS fighters from using it to resupply.

Iraqi Kurdish peshmerga have helped forces in Kobani take some villages around Kobani but the lines of control in the town remain the same.

The town has become a test of the U.S.-led coalition's ability to halt the advance of the hardline insurgents. It is one of the few areas in Syria where it can co-ordinate air strikes with operations by an effective ground force.