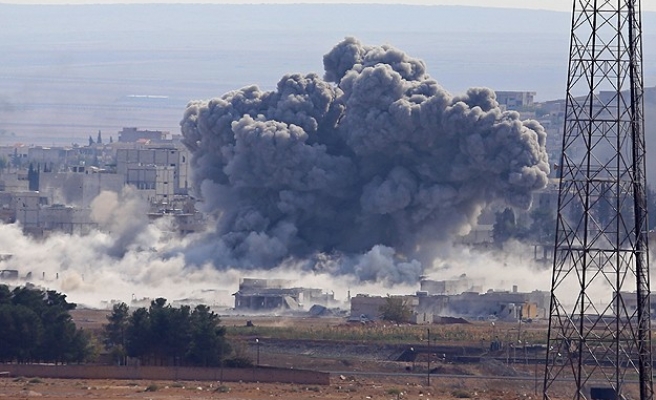 Kurdish fighters captured six buildings used by ISIL fighters besieging the Syrian town of Kobani on Tuesday, and seized a large amount of the militant group's weapons and ammunition, a group monitoring the war said.

ISIL has been trying to take control of the town, also known as Ayn al-Arab, for more than a month in an assault that has driven tens of thousands of Kurdish civilians over the border into Turkey and drawn strikes by U.S.-led forces.

The clashes killed around 13 ISIL militants, including two senior fighters, according to the Observatory which tracks the conflict using sources on the ground.

Kurdish forces appear to have made other gains in recent days of fighting. Last week they blocked a road ISIL was using to resupply their forces, the first major gain against the militants after weeks of violence.

"During the last few days we have made big progress in the east and southeast," said Idris Nassan, an official in Kobani.

The defence of Kobani has drawn in Kurdish peshmerga fighters from Iraq as well as Syrian rebel fighters. The U.S. military said on Monday it carried out nine strikes near Kobani since late last week, destroying seven ISIL positions, four staging areas and one unit belonging to the group.