The fight for Kobani, known as Ayn al-Arab in Arabic, become the focus of international efforts to combat ISIS. 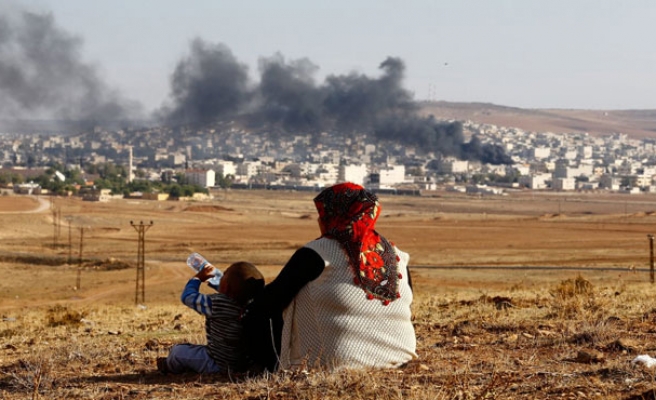 Kurdish forces backed by Syrian insurgent groups took control of a hill inside the provincial stronghold of the ISIS group on Sunday after deadly clashes, the Syrian Observatory for Human Rights said.

The Kurdish forces, supported by U.S.-led air strikes, drove ISIS fighters from the town of Kobani last month near the Turkish border and have pushed them back from surrounding villages in northern Syria. ISIS still holds tracts of land across northern and eastern Syria and into Iraq.

Now the Kurds and other local fighters who oppose ISIS have taken a hill south of Kobani which lies within Raqqa province - the stronghold of the al Qaeda offshoot in Syria, said the Observatory, which tracks the conflict through sources on the ground.

"It is the first time they get into Raqqa," the Observatory's founder Rami Abdulrahman said. He added that at least 35 ISIS fighters and four members of the Kurdish forces had been killed on Sunday in battles near Kobani, which were the heaviest since the Kurds took back the town.

The fight for Kobani, known as Ayn al-Arab in Arabic, become the focus of international efforts to combat ISIS and was the first time that a U.S-led aerial campaign had worked with local ground forces to oust the militants in Syria.

The Observatory said on Saturday that the Kurds had regained control of at least 163 villages around Kobani in the three weeks since they pushed Islamic State fighters out of the town.

In recent weeks the Kurds were joined by several hundred rebel fighters in the battles for areas surrounding the town, according to the Observatory. These included the Shams al-Shamal brigade and the Raqqa Revolutionaries Brigade.