Kuwait's opposition accuses the government of wanting to gerrymander electoral districts so as toprevent another opposition majority in the next parliamentary election. 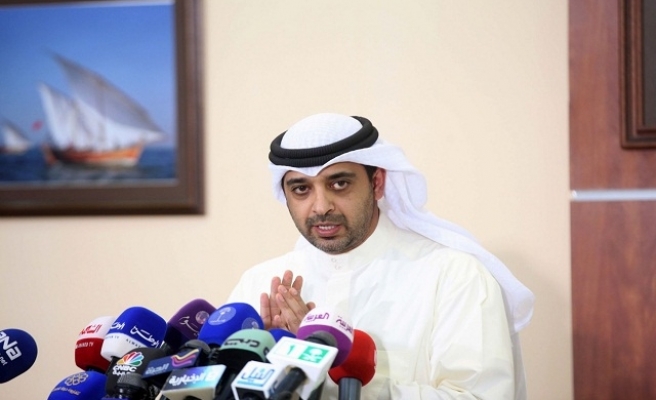 The Kuwaiti government asked the country's top court on Wednesday to ruleon a law that divides the Gulf Arab U.S. ally into five constituencies, setting the stage for a showdown with opposition politicians.

Kuwait's opposition accuses the government of wanting to gerrymander electoral districts so as toprevent another opposition majority in the next parliamentary election.

Kuwait has been mired in a political impasse caused by a ruling in June by the Constitutional Courtthat effectively annulled February elections which gave mainly Islamist lawmakers a majority in parliament and reinstated the previous, more government-friendly, assembly.

"The petition was submitted to the Constitutional Court today and it pertains to two executive articles," Information Minister Mohammed al-Abdullah al-Sabah told a news conference in Kuwait broadcast onstate television.

"It is out of responsibility to file such a petition when you know that any election will be challenged," he added.

The opposition have condemned plans to submit the petition as a "coup" against the constitution and warned that any such ruling could set off mass protests in the OPEC member.

Kuwait has been gripped by a political crisis centred around the right of the elected parliament toquestion a government staffed mainly by members of the ruling al-Sabah family.

The emir has been expected to call new elections, probably in October, after the reinstated parliament elected in 2009 failed to muster a quorum twice in the past two weeks to swear in the new government.

Analysts said any elections were likely to be delayed until after the Constitutional Court rules on the government's petition.

Kuwait changed its election law in 2006, reducing the number of constituencies to five from 25 as part of efforts to reduce the possibility of buying votes and to cut tribal influence in the polls.

Opposition politicians, who won an outright majority in the February election, have criticised the government's move and some warned they would boycott any future election.

Sheikh Mohammed said the opposition MPs were free to join in or boycott the election, insisting the motion was presented to try to ensure that no legal challenge was presented to any new elections.

Kuwait has long prided itself on having a fully elected legislature and lively debate - unique in a region governed by autocrats who tolerate little dissent - but the ruling family still holds a firm grip on state affairs.

The most important cabinet posts are held by al-Sabah family members and the 83-year-old emir, Sheikh Sabah al-Ahmad al-Sabah, who has the last say in politics, reserves the right to dissolve parliament at will.

Kuwait has not experienced the kind of mass popular uprisings that have swept the Arab region since last year, but tensions have grown between the cabinet and opposition lawmakers pushing for a say in government. The country has seen eight governments come and go in just six years due to bickering between the parliament and cabinet.