Kuwait to mediate between Qatar and Gulf states

On Wednesday, Saudi Arabia, the United Arab Emirates and Bahrain recalled their ambassadors from Qatar over Doha's perceived support for Egypt's Muslim Brotherhood. 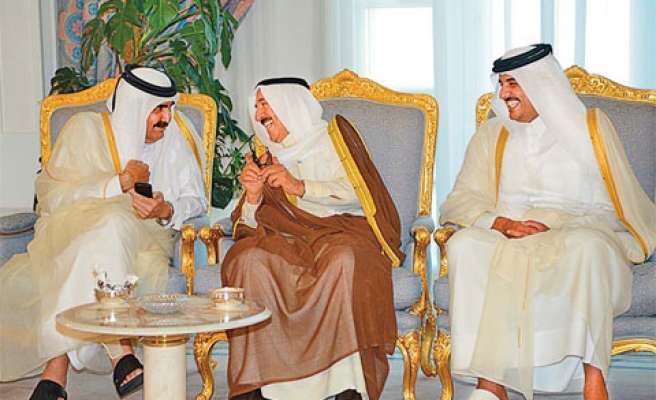 Kuwait will not recall its ambassador from Qatar, but will maintain its role to mediate between Qatar and other Arab countries, sources in the Kuwaiti Foreign Ministry said Wednesday.

"Kuwait is keen on healing any rifts in the Gulf-Gulf relations or Gulf-Arab ties," one of the sources told Anadolu Agency.

On Wednesday, Saudi Arabia, the United Arab Emirates and Bahrain recalled their ambassadors from Qatar over Doha's perceived support for Egypt's Muslim Brotherhood.

The three Gulf nations attributed the move to Qatar's failure to abide by an agreement signed last November by Qatari Emir Tamim bin Hamad Al Thani, which called on signatories to refrain from supporting any groups or individuals that "seek to endanger the security and stability of any GCC member state."

Qatar, for its part, regretted the recall, saying it was "surprised" at the move.

Speaker of the Kuwaiti National Assembly (parliament) Marzouq al-Ghanim on Wednesday voiced concern over the move by the three Arab countries to recall their ambassadors from Qatar.

He expressed hope that Kuwait's Emir Sheikh Sabah Al-Ahmad Al-Jabir Al-Sabah "would heal the rift between brothers in the Gulf Cooperation Council".

The Egyptian Foreign Ministry said that the decision by the three Arab countries to recall their ambassadors from Qatar reflected Arab "displeasure" with Doha's policies.

"The recall reflects the displeasure of Arab countries with Qatari policies," ministry spokesman Badr Abdel-Ati said in a statement.

Relations between Egypt and Qatar have been tense since the Egyptian military unseated elected president Mohamed Morsi last July.

The Arab League has voiced hope for resolving a political crisis between Qatar and both Saudi Arabia, the United Arab Emirates and Bahrain following their recall of ambassadors from Doha.

"The GCC is a major Arab achievement and is a main source of support for the Arab League," Ben Helli said.