The protest was held after a newspaper reported last month that several local banks were trying to deal with suspiciously large deposits by some parliamentarians and members of their families. 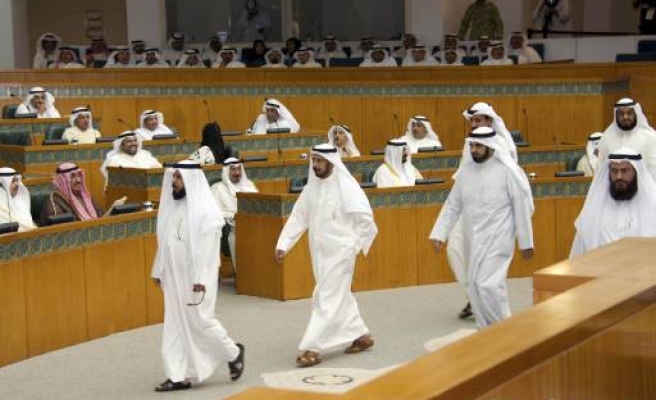 About 2,000 Kuwaitis gathered at a square outside parliament in the capital on Wednesday to protest against alleged corruption in the oil-exporting Gulf Arab state's government.

The protest was held after Kuwaiti daily newspaper al-Qabas reported last month that several local banks were trying to deal with suspiciously large deposits by some parliamentarians and members of their families.

Qabas said that banks have enquired about these amounts and the answers they got from some lawmakers were "not convincing", and could be related to political corruption.

"The people want corruption to end," chanted the crowd which included many women and children.

"Our aim is to get hold of the bribed and the briber. What happened is an insult to Kuwaitis," Khaled al-Khaled from the liberal National Democratic Coalition told protesters at the evening rally.

Kuwait, which sits on a tenth of global crude reserves, allows more political freedom than Gulf neighbours such as Saudi Arabia where few dare criticise the government or members of the ruling family.

The OPEC member, which is home to the region's most outspoken parliament, has avoided the mass protests that have toppled autocratic leaders in Egypt and Tunisia, thanks partly to its generous welfare system.

"Our aim is the fall of Nasser al-Mohammad, and for this parliament to be dissolved with no regrets," said veteran lawmaker Ahmed al-Saadoun from the opposition Popular Action Bloc.

Islamist lawmaker Faisal al-Muslim from the same bloc said: "Our demands are the immediate resignation of the government and we request the Emir to isolate Nasser al-Mohammad immediately... We will stall all (action by ) authorities until Nasser al-Mohammad leaves."