Shafeeq Ghabrasaid many voters did not feel they were going to make a difference, unlike previous elections such as in February 2012, when opposition MPs won a majority. 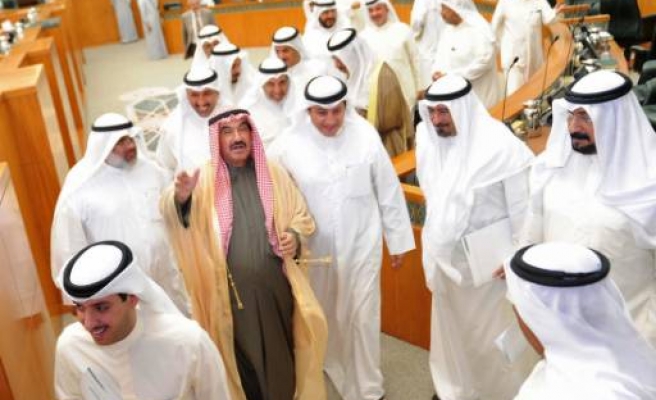 A boycott by some opposition Islamists may help liberals and independents in Kuwait's election on Saturday, but there are signs that voters are flagging as they go to the polls for the sixth time in seven years.

Turnout is expected to be low in sweltering summer temperatures during the Muslim fasting month of Ramadan, and as Kuwaitis become more disillusioned with voting in short-lived parliaments.

While it has witnessed sizeable street protests in the past two years over local issues, Kuwait’s generous welfare system and relative tolerance of political dissent have helped to shield it from Arab Spring-style unrest.

But parliaments have been dissolved time and again, usually for getting too bold in challenging ministers. The snap election was triggered by a ruling from the top court in June, which said the process leading up to the last one in December was legally flawed.

"People are fed up of electing parliaments, especially if the constitutional court upends them," said Abdullah al-Shayji, chairman of the political science department at Kuwait University.

The mainly Islamist and populist opposition is boycotting in protest against a new voting system announced last October, which cut the number of votes per citizen to one from four, and which it says would prevent it forming a majority in parliament.

Kuwait bans political parties and opposition politicians said the four-vote system enabled them to form alliances by offering reciprocal backing from their supporters. The government said the voting changes brought Kuwait into line with other countries and would ensure stability.

Campaign themes have included fighting corruption, loan relief for citizens and concern over a $4 billion aid package to Egypt after the military overthrow of President Mohamed Mursi.

Kuwait and other Gulf states like Saudi Arabia and the United Arab Emirates were glad to see the overthrow of Mursi because they are fearful of Muslim Brotherhood influence in their own conservative, dynastically ruled countries.

Saturday's vote will elect a 50-member assembly which can pass legislation and interrogate government ministers. But the 84-year-old emir, Sheikh Sabah al-Ahmad al-Sabah, has the final say in state matters and can dissolve parliament.

He selects a prime minister who in turn appoints a cabinet, while top portfolios are traditionally held by members of the 250-year-old ruling family.

The opposition also boycotted December's election and protesters held large demonstrations in the run-up to that vote. Since then, protests have faded and a decision by the top court to uphold the new voting set-up has encouraged more candidates to run this time.

The emir courted groups unhappy about the new system and encouraged several powerful tribes to endorse the election. This has led to splits in the varied opposition, with liberals deciding to run as well as Salafis.

He said many voters did not feel they were going to make a difference, unlike previous elections such as in February 2012, when opposition MPs won a majority. Voters would go to the polls to stop candidates they did not like, rather than to back people they believed in.