Around 120,000 residents of Kuwait lack official citizenship. The government has previously said that around 35,000 of these Bidoon deserved the Kuwaiti nationality 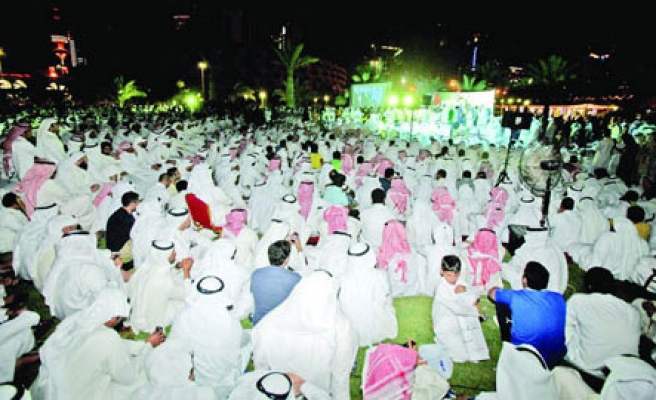 Stateless residents and rights activists have reacted angrily to an announcement by the Interior Ministry that Kuwait's stateless residents – known as "Bidoon" – could obtain the nationality of the Comoros Islands in return for financial compensation given to the poor African country.

On Sunday, Kuwait's Interior Ministry said stateless residents could obtain Comoros Islands nationality amid talk of some kind of financial compensation for the poor African state.

Around 120,000 residents of Kuwait lack official citizenship. The government has previously said that around 35,000 of these Bidoon deserved the Kuwaiti nationality, while the rest did not, noting that the latter already held the nationalities of other countries.

"Selling human beings in return for projects and investment is unacceptable," al-Khalifa asserted.

He said he and other activists would call on international rights organizations to clarify the perils entailed by the proposal.

He added that the issue would be referred to Kuwait's Human Rights Council on January 25.

Another stateless activist outlined the suffering of Kuwait's Bidoon, who lack citizenship and identification papers.

Adel al-Ghoneim said that between 5,000 and 10,000 of Kuwait's stateless residents were targeted by the new Interior Ministry decision.

He added that these people had been deprived of education and their most basic human rights.

"This [the deal between the Kuwaiti government and the Comoros Islands] is a deal between an international mafia and passport traders with the aim of getting rid of Kuwait's stateless residents," al-Ghoneim told AA.

He described the decision as "racist," saying some Bidoon might accept the offer due to their "deplorable" conditions.

Al-Ghoneim pointed out that some of these people did not have homes and slept in cars, while others were denied the right to medical treatment or – in some cases – lacked food to eat.