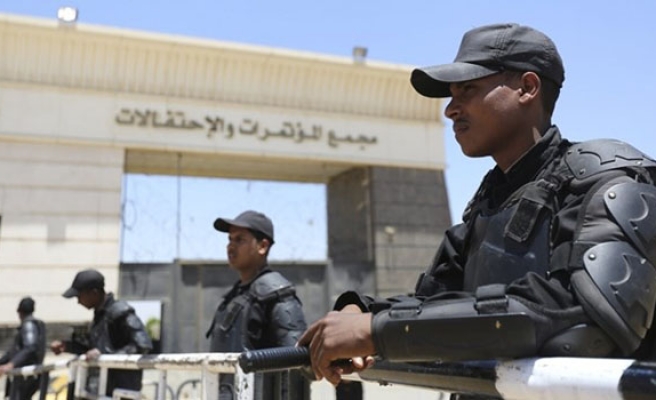 Five soldiers were killed and another seven injured Saturday when their vehicle struck a landmine in Egypt’s southeastern Red Sea governorate, according to a local medical source.

The source, who works at the Safaga Central Hospital, told Anadolu Agency on condition of anonymity that the incident had occurred along the road linking the Red Sea towns of Safaga and Hurghada.

The same source went on to point out that the incident had occurred in an area known to contain numerous landmines.

According to the source, the Safaga Central Hospital was currently treating some of the injured, while the rest had been taken to an army hospital in the nearby Hurghada governorate.

The Egyptian authorities, for their part, have yet to issue any official statements on the incident, which occurred in a region where attacks on security personnel are relatively uncommon.

In recent years, most militant attacks on security personnel have been concentrated in the northern Sinai Peninsula, which shares borders with both Israel and the blockaded Gaza Strip.

Since the ouster of Mohamed Morsi -- Egypt’s first freely elected president -- in a 2013 military coup, the northern Sinai Peninsula has been the epicenter of a deadly insurgency against army and police personnel.

In recent months, the "Welayet Sinai" ("Province of Sinai") group -- said to be linked to the ISIL terrorist organization -- has claimed responsibility for a spate of deadly attacks on Egyptian security forces deployed in the volatile region.