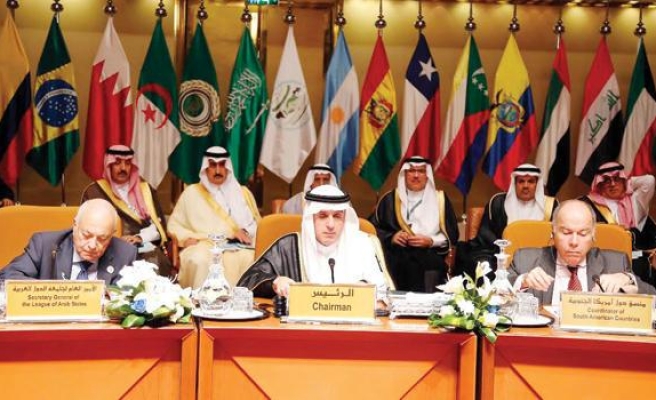 Arab leaders and top officials from South America converged on Saudi Arabia Tuesday for a summit aiming to strengthen ties between the geographically distant but economically powerful regions.

United Nations chief Ban Ki-moon is expected to attend the opening of the Fourth Arab South American Summit, set to begin at 1600 GMT.

Saudi state television showed the arrival of President Nicolas Maduro of Venezuela, whose country belongs to the Organization of the Petroleum Exporting Countries along with Saudi Arabia, the world's biggest oil exporter.

President Rafael Correa of Ecuador, OPEC's smallest member, was also to attend the summit but it was not immediately clear whether other Latin American heads of state would be present.

Other delegates include Gulf rulers and King Abdullah II of Jordan.

Ahead of the two-day summit, Sudan's Foreign Minister Ibrahim Ghandour said windows of cooperation have long existed "but haven't been open enough to take advantage of the capabilities" of both regions.

He said Sudan, for example, has land and water "that could enable it to become the Arab and South American food basket".

The summit between the 22 Arab League members and 12 nations from South America will be their fourth meeting since 2005.