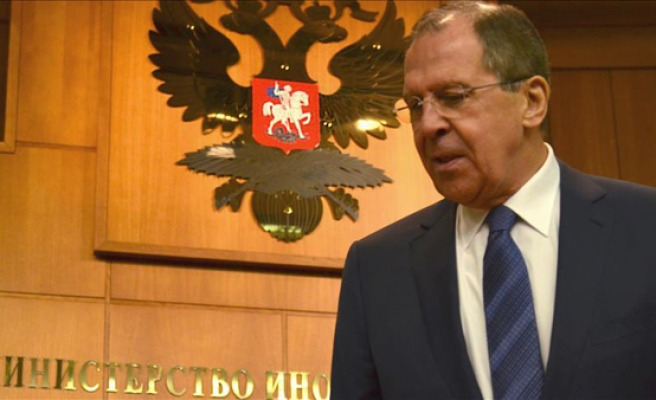 The idea of creating safe zones in Syria would require the coordination of the UN and other international organizations, Russia’s foreign minister said on Monday.

"....the creation of such zones can be considered with the coordination of the UN High Commissioner for Refugees and other international organizations," Lavrov added.

He also said such zones should be made with the coordination of the Syrian regime.

Last week, Trump backed the creation of safe zones in Syria in an interview with U.S. broadcaster ABC.

The Syrian war has displaced around 12 million people, and 2.8 million Syrian refugees are living in Turkey. Ankara has long called for the establishment of a safe zone in northern Syria to shelter those forced to flee their homes.

About the first phone call between Russian President Vladimir Putin and Trump, Lavrov said it was "good" in personal and political terms.

"The call revealed the areas where the interests of both countries overlap," the foreign minister said.

Lavrov said fighting against ISIL was a priority for the U.S. and Russia. "I think there is no limits of cooperation if there is political will," he added.

About upcoming Syria talks in Geneva, Lavrov said Russia was not against the representation of opposition groups with several delegations.

He also added Russia was ready to help Iraq in its fight against ISIL.