The Lebanese army on Saturday dismantled an explosive device near the border town of Arsal. 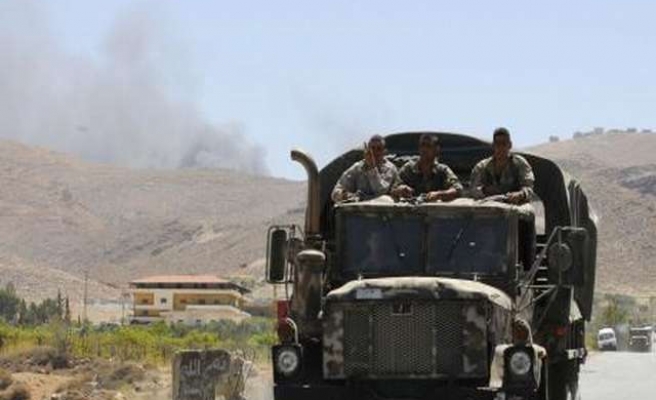 The Lebanese army on Saturday dismantled an explosive device near the border town of Arsal, a security source has said.

"Army troops defused an explosive device weighing 20 grams that was placed on a road frequently used by the army in the vicinity of Arsal," the source told The Anadolu Agency.

He said that a landmine had also been dismantled by the army.

Earlier this month, three Lebanese soldiers were injured in a bomb blast on the outskirts of Arsal.

The Lebanese army has recently reinforced its forces in Arsal following deadly clashes with militants in August, in which several soldiers were killed and injured. Several soldiers have also been captured by the militants.