More than 20 Syrians had been kidnapped by the Meqdad clan, said Maher al-Meqdad, a relative of Hassan al-Meqdad who kidnapped in Damascus on Monday. 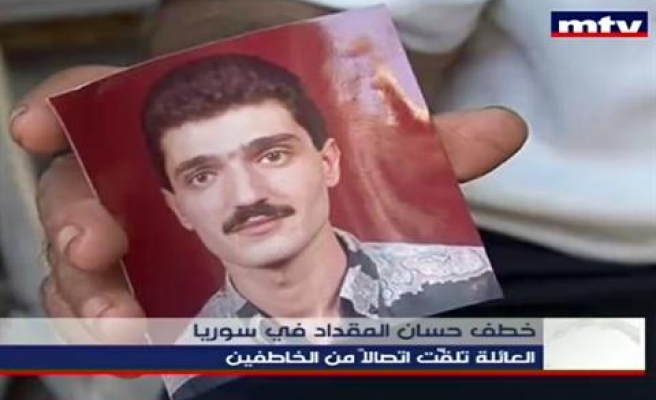 A Shi'ite Muslim clan in Lebanon has abducted several Syrians it says are rebel fighters in retaliation for the kidnapping of one of their relatives by the rebel Free Syrian Army in Damascus.

More than 20 Syrians had been kidnapped by the Meqdad clan, said Maher al-Meqdad, a relative of Hassan al-Meqdad, the man he said was captured in Damascus two days ago by the Free Syrian Army, which is fighting President Bashar al-Assad's rule.

In remarks to Lebanon's National News Agency, he said "the snowball would grow", warning "Qatar,Saudi Arabia and Turkey and their citizens" - an apparent threat to kidnap nationals from countries that back the Syrian rebels.

In a video broadcast by al-Mayadeen, a Lebanon-based TV station, two men identified as members of the FSA were shown in the custody of masked gunmen from the Meqdad clan in green fatigues and armed with automatic rifles.

One of the detainees identified himself as a captain by the name of Mohammed, who said his role was to help supply the FSA. The other said he was his assistant.

Maher al-Meqdad, speaking to Reuters, said the abductions were a response to the capture of Hassan al-Meqdad in Damascus two days ago by the FSA.

The detained Syrians included a lieutenant who deserted from Assad's army to join the rebels, but those who were not FSA members had been freed, he said. He gave no details of how or where the men were abducted.

He said Meqdad went to neighbouring Syria more than a year and a half ago - that is, before the outbreak of the 17-month -old uprising against Assad - and had no links to the fighting in Syria.

"We don't care what is happening in Syria. We respect the will for democracy. We just want our son to come back to Lebanon safely," Maher al-Meqdad said.