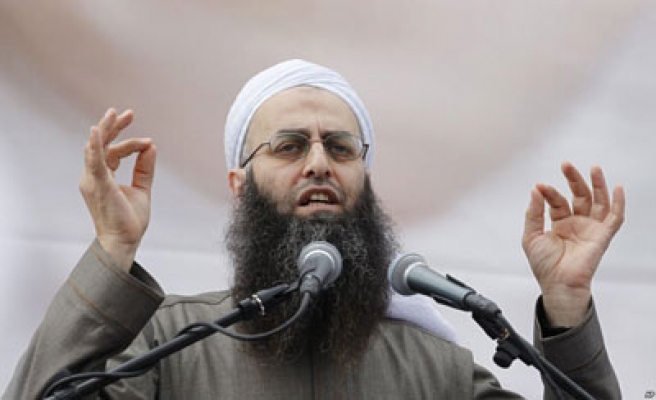 More than 300 Lebanese rallied in the coastal city of Sidon in support of Sheikh Assir on Friday, a day after an audio recording believed to be his voice urged followers to demonstrate.

Local residents said the route of the march passed near a Shi'ite neighbourhood, which they feared could spark clashes. More than 40 people were killed in the fighting two weeks ago.

"With blood and soul, we sacrifice for you Assir," the sheikh's supporters shouted as they clapped their hands and marched out of the charred and bullet-scarred buildings around the cleric's Bilal Bin Rabah mosque complex.

The area became a battle zone for two days last month after a group of Assir backers attacked an army checkpoint in response to the arrest of one of the cleric's supporters.

An audio recording was released on YouTube on Thursday that was said to be the voice of Assir, though it was badly distorted and therefore difficult to verify conclusively.