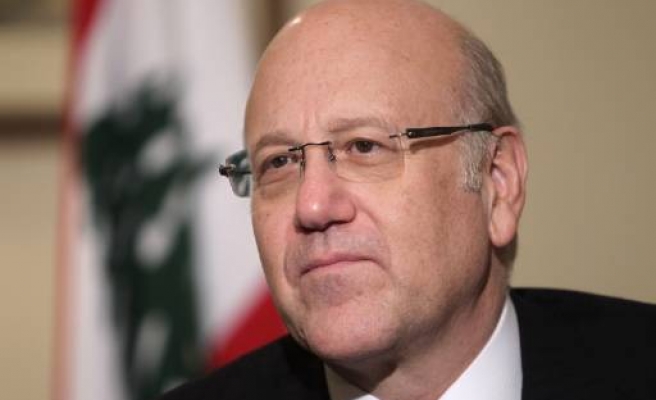 All security forces in Lebanon are involved in efforts to search for the two missing Turkish pilots and have them released, Lebanese Prime Minister Najib Mikati has said.

Lebanese Foreign Ministry issued a statement late on Friday that condemned the kidnapping.

"The abductions are unacceptable irrespective of the rationale behind them," the statement said.

"All security forces in Lebanon are on alert to search for and secure the release of the kidnapped Turkish pilots."

Murat Akpinar and Murat Agca of Turkish Airlines (THY) were traveling to their hotel in Beirut after a flight from Istanbul when their bus was stopped in early morning on Friday by gunmen, who forced all passengers off the bus, captured the two and let the rest go free.

A group calling itself "Visitors of Imam Reza" claimed responsibility for the kidnapping.

By some accounts, the group holds Turkey responsible for the abduction of eleven Lebanese pilgrims near the Turkey-Syria border last year in May.

The pilgrims were on their way back to Lebanon from place of pilgrimage in Iran, the Imam Ali Reza shrine. Two of them were later released through Turkey's mediation.

The Visitors of Imam Reza are allegedly calling for the release of the rest of the pilgrims as a condition to let go of the two Turkish pilots.

"The way to free the abducted shrine visitors cannot be through another illegitimate act of kidnapping," Lebanese Foreign Ministry said. "This is against human dignity and international law."

Meanwhile, the THY plane flown by Mr Akpinar and Mr Agca, "Kizkulesi", landed late on Friday at Ataturk International Airport in Istanbul.

The aircraft was taken to an area away from the apron and THY officials boarded its crew on a corporate vehicle, which left the airport from a different checkout point, the AA correspondent said.