Parliament must choose a successor to President Michel Suleiman, whose six-year term ends in late May. But deep political divisions have hampered efforts to agree 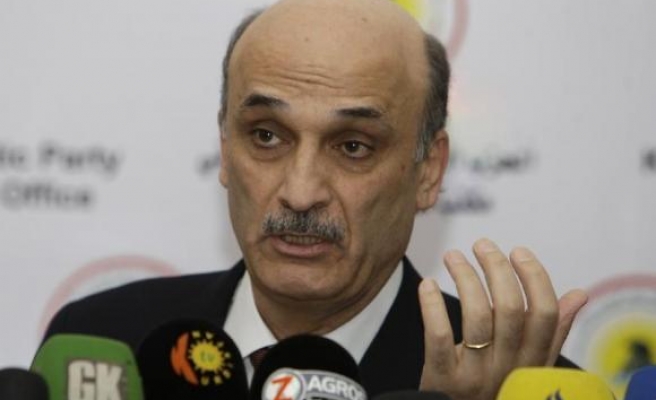 Lebanese parliamentarians failed to elect a new president in a first round of voting on Wednesday, with leading candidate Samir Geagea falling well short of the required two-thirds majority.

Geagea's shortfall had been widely expected and is likely to open up the race to other candidates in a process which politicians have warned could drag on for months.

Parliament must choose a successor to President Michel Suleiman, whose six-year term ends in late May. But deep political divisions within the country and over the war in neighbouring Syria have hampered efforts to agree on a new president, who must be a Maronite Christian.

His total was eclipsed by 52 blank votes submitted by members of the March 8 coalition, led by the Shi'ite group Hezbollah, which has been fighting in Syria to support Assad against mainly Sunni Muslim rebels.

Former army chief Michel Aoun, a Hezbollah ally, could declare himself a candidate ahead of the next vote, which will be held next Wednesday.

If parliament fails to elect a new president in the second session, politicians might look for consensus candidates such as current army chief General Jean Kahwaji or Central Bank governor Riad Salameh, though neither has declared their intention to run at this stage.

Lebanon's political system divides up political power among its various religious communities, allocating the presidency to Maronite Christians. The prime minister is a Sunni Muslim and the speaker of parliament a Shi'te Muslim.