﻿Ahrar Suna Baalabek was little known in Lebanon until recently, when it claimed responsibility for a series of bomb attacks that rocked the Lebanese capital 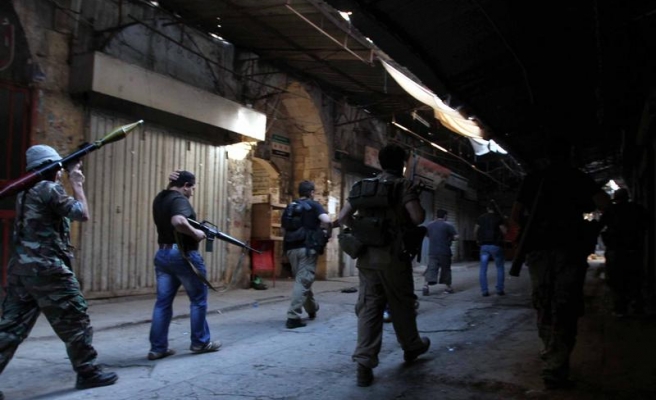 A shadowy Lebanese rebel group on Monday pledged its loyalty to the Islamic State of Iraq and Levant (ISIL), a militant organization that has recently managed to capture territory in both Syria and Iraq.

"We declare our full support for the actions carried out by ISIL," the movement asserted, calling on Muslims to select caliphs capable of imposing Islamic law.

Ahrar Sunna Baalabek was little known in Lebanon until recently, when it claimed responsibility for a series of bomb attacks that rocked the Lebanese capital, which was in retaliation for Hezbollah's support of the Assad regime in Syria.

The Iran-backed Lebanese movement Hezbollah has been heavily involved in the fight in Syria against that country's anti-regime opposition, giving the battle a sectarian flavor.

On Sunday, the ISIL declared the establishment of a 'caliphate' while pledging loyalty to al-Baghdadi as Muslim caliph.

The movement, comprised of rebels from across the world, has recently managed to capture territory in both Iraq and Syria.

It has destroyed border demarcations between the two countries in preparation for establishing a 'caliphate' and undoing the 1916 Sykes-Picot Agreement, which divided the region between British and French spheres of influence.

Ahar Sunna Baalabek's recent pledge of loyalty to the ISIL, meanwhile, will bring the latter group's influence into the heart of Lebanon and Hezbollah's traditional territory.